Fredín Fúnez of the Association of Jurists for the State of Law warned on Friday that national heritage sites such as the Maya ruins of Copán could be at risk of passing over to the control of foreign interests as a result of the new version of the “Model Cities” law approved last week by the National Congress. 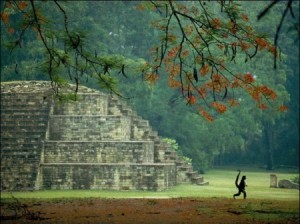 The law establishes the legal framework for the creation of Zones of Employment and Economic Development.

“For all the lyricism, words, and things, [Model Cities] continues to be an unconstitutional project,” said Mr. Fúnez. He stated that the law which Congress swiftly passed has to do with [Honduran] territory and its form of government, which the Constitution clearly specifies as being unchangeable.

“Including even the ruins of Copán,” stressed Mr. Fúnez, who expressed his disappointment that a political and economic group, represented in Congress, wants to sell off the nation.

He reiterated that the Association of Jurists will file an appeal with the Supreme Court to declare the law unconstitutional.

Meanwhile, Honduran political analyst Martín Barahona noted that while it’s true that Honduras needs to create job opportunities, “generating jobs does not require handing over the resources of the country”.

Pew Hispanic survey underscores the truth that the U.S. is a 'nation of immigrants'
Comment
White House loud and clear on immigration reform but ignores Latino community's outcry over abusive actions by ICE and Border Patrol