LatinaLista — Even though two different immigration reform plans have been laid out, there is still criticism that existing White House directives to Immigration and Customs Enforcement (ICE) agents to not apprehend and place in deportation proceedings non-threatening undocumented immigrants is routinely being ignored by ICE agents out in the field. 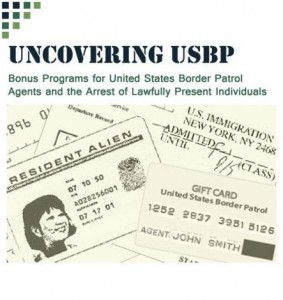 News reports of mass arrests of undocumented immigrants continue, with the latest one happening in Chicago. ICE notified news outlets that they had successfully arrested “51 convicted criminal aliens, immigration fugitives and immigration violators” in a four-day operation in northern Illinois and northwest Indiana last week.

Forty-six men and five women were taken into custody.

Of the 51 arrested, 44 had prior convictions for crimes such as: child molesting, aggravated battery, drunken driving, criminal sexual abuse, fraud and drug possession. Eighteen of the 51 were immigration fugitives who had been previously ordered to leave the country, but failed to depart; some of these also had prior criminal convictions, in addition to an outstanding deportation order. Nine of those arrested had been previously deported, but illegally re-entered the United States, which is a felony.

No one defends those who are child molesters, sexual abusers and drug traffickers but there is mistrust that the 18 who were taken into custody for not following through with deportation orders are criminals in the context that President Obama had outlined last summer. Also, the motives of the nine who were caught because of unlawful re-entry also raises red flags as to just what kind of “criminals” these migrants were.

Because ICE is only as transparent as it wants to be, there is no way for the media to see a breakdown description of those who were apprehended until long after all have been deported or have spent months in detention. In the news release ICE issued about the recent Chicago arrests, the agency highlighted only two of those taken into custody — both male and both with criminal histories.

By releasing these two summaries, it plants the impression that all of those rounded up must be as bad and equally guilty as these two. From past cases, this has been found not to be true. In fact, a new analysis of U.S. Border Patrol data, obtained through a Freedom of Information lawsuit, found that not everyone arrested for immigration violations are guilty.

The Families for Freedom in collaboration with New York University (NYU) Immigrant Rights Clinic reveal in their report “Uncovering USBP: Bonus Programs for United States Border Patrol Agents and the Arrest of Lawfully Present Individuals,” that as a result of US Border Patrol’s policing practices, “close to 300 cases of wrongful arrests have been reported, the vast majority are people of color from Africa, South and East Asia, and the Caribbean.”

The report highlights the agency’s use of three different bonus programs to reward its agents for apprehending immigrants.

The programs include cash bonuses, vacation awards and distribution of gift cards of up to $100. The sums spent on these programs in the Buffalo Sector (northern New York) alone amount to over $200,000 a year. The gift card program, which was not funded in 2009, resumed in 2010.

In just one program (train and bus arrests) in one station, almost 300 persons who had a form of legal status were arrested and transported to USBP offices prior to being released. The actual number is probably far higher because CBP did not formally instruct its agents to document these arrests until June 2010.

Eleven individuals had other forms of status, including diplomatic visas, special visas for victims of domestic violence, and special status provided to the citizens of former US territories. Many of these people were arrested because of USBP database errors. The report includes stories about the experiences of these people, including those who are arrested in the middle of the night, and many who are forced to depend on family or employers to fax documents to USBP in order to be released.

There has been a call by immigration activists that a moratorium be put in place on anymore deportations until immigration reform has been passed. No one is holding their breath that something like that will happen but as long as agents of the Department of Homeland Security interpret the White House directive their way, no one will ignore or stand silently by as this abusive practice continues.