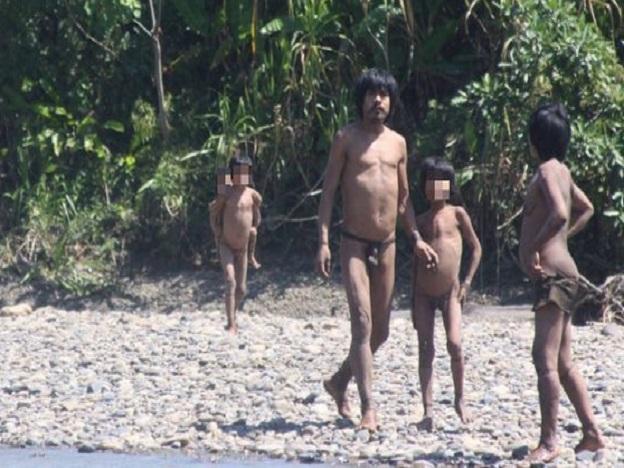 Last December a group of the tribe entered an Amazonian community leading to their evacuation.

In Madre de Dios a native community spotted a group of uncontacted tribes with bows and arrows last Wednesday causing continued concern for safety and health.

Last Wednesday a villager of the Machiguenga Shipetiari community in the province of Manu in Madre de Dios saw two Mascho-Piro Indians outside of their usual territory.

Local Rufina Rivera spotted the two Indians and immediately sought local authorities and went to the health center of the village. Following the news, an agent of protection of the Ministry of Culture arrived to Shipetiari to inform the community on how to avoid contact and exposure with the Mascho Piro.

This is the fifth time the previously uncontacted tribe has been spotted and poses a serious threat to their existence. The Indians are not protected against health issues such as the common cold and diseases that can be contracted from local communities. Not only are local communities a danger, but the Indians as well could pose a threat to natives of villages such as Shipetiari as they have invaded homes in the past.

As drug traffickers and mining and logging threats continue to invade their land, the Mascho-Piro have been forced and pushed out of their territory causing these recent excursions into local communities.

The Ministry of Culture sent a group of specialists form the Directorate of Indigenous Peoples in Isolation and Initial Situation Contact (PIACI) to Puerto Maldonado to asses the safety of the indians and the community.

Previous Post Crowdfunder: Tours For Humanity — Using history to help people
Next Post2014 record-breaking year for exonerations with many found to be no-crime cases

Crowdfunder: Tours For Humanity — Using history to help people
Comment
2014 record-breaking year for exonerations with many found to be no-crime cases