Hondurans and Salvadorans have the most favorable opinion of the U.S. at 88% and 85%, respectively.

SANTO DOMINGO, Dominican Republic – When U.S. President Barack Obama visits Central America next month, he will find a region that holds his country in high esteem. 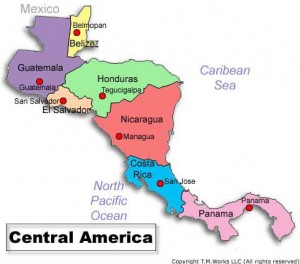 The United States is one of the most favorably viewed foreign countries among Central Americans, thanks to its economic impact on those nations and a general admiration for the U.S. standard of living, according to opinion polls.

From Guatemala to Panama, six Central American countries generally held favorable views of the U.S., according to polls collected by the U.S. State Department. Residents of those countries were asked whether they had a favorable opinion of the United States.

Residents in every Central American country except Nicaragua identified the U.S. as the top foreign partner nation. Nicaraguans favored Venezuela, from which they have received hefty economic aid.

President Obama is set to visit Costa Rica on May 3-4, where he will attend the Central American Integration System (SICA). The topic of citizen security is likely to dominate the summit.

Obama’s presence at the summit, which will be attended by most regional leaders, is further proof that the U.S. is standing together with its Central American partners, analysts said.

Central American leaders repeatedly have called for closer integration and coordination in the fight against crime.

Adding to the instability in the region, Mexican drug cartels and other criminal groups have taken over large swaths of territory in several countries. Last year, between 300 and 400 metric tons of cocaine passed through Guatemala, according to U.S. government estimates.

Nearly 90% of the cocaine that reaches the United States comes through Mexico and Central America, according to the United Nations International Narcotics Control Board.

The U.S. has responded to that threat by providing aid and training to Central American governments and by assisting in interdictions.

The operation has scored a number of large seizures. Last month, Guatemalan and U.S. forces confiscated just shy of a total of 1 metric ton (about 2,200 pounds) of cocaine in operations in the eastern Pacific. The shipments were worth an estimated US$90 million.

When asked, Central Americans rarely cited security as a factor that influenced their opinions of the U.S., according to the polls.

Instead, respondents highlighted economic factors – including the remittances that many immigrants living in the U.S. are able to send home to family members – trade and economic aid.

Trade and other economic factors were the most important issues for a majority of respondents in Honduras (84%), Costa Rica (64%) and Nicaragua (59%) in helping them shape their opinions of the U.S., according to the poll.

Fifty-six percent of Salvadorans and 45% of Guatemalans surveyed identified remittances and jobs as the most important issue.

Some 47% of Panamanians polled identified U.S. affluence as the most important factor.

Trade and economic integration between the region and the U.S. has increased in recent years.

Five Central American countries – all but Panama – and the Dominican Republic further opened their economies to trade with the U.S., the region’s largest trading partner, when they struck a trade deal known as CAFTA-DR. The agreement went into effect in 2009.

The findings of the January poll echo the continued findings of independent pollster Latinobarómetro. That organization finds that Central American countries have held a favorable opinion of the U.S. since at least 2000.

El Salvador and Honduras are particularly fond of the U.S., with 89% of respondents having a favorable opinion in 2011, according to Latinobarómetro.

attitudes, Central America, featured, poll, United States
Previous Post Arizona students nervous with interest rate set to double on need-based loans
Next PostNew study puts fears to rest that sponsoring a child in developing countries is anything but a good cause