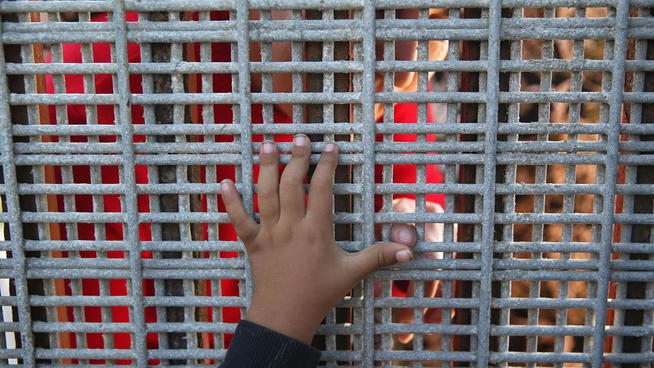 During the past few weeks, the President finally called the increase in Central American children crossing the border alone, fleeing violence and poverty, “an urgent humanitarian crisis;” yet one of the root causes is this Administration’s deportation policies impacting Latino children and families.

President Obama had also postponed review of his Administration’s record-setting deportation policies, and yesterday, finally stated that he will consider executive action by the end of July. With nearly 2 million deported, and so many families torn apart, why do these destructive policies continue even one more day? And why does the Administration insist on implementing “expedited removal” of thousands of Central American children as part of its new policies?

Yet despite the efforts of Fast for Families and others, and having the American public on our side, the House of Representatives still refused to hold a vote.

We have heard sympathy from the Administration. The President came to the Fast for Families tent on the national mall, and expressed his concerns and desires to address our nation’s broken immigration system. But now he is about to expedite the deportation of children, and in his recent remarks, seems to be blaming Latino families for trying to save their children from the extreme, growing, and many times deadly violence against children in Guatemala, Honduras and El Salvador.

Just last month, the newly-appointed Department of Homeland Security Director was moved by the story of a 12-year old girl, stuck in a border detention center who, with tears in her eyes, said she didn’t have a mother and was looking for her father who was somewhere in the United States.

The DHS director promised to improve conditions for immigrant children in detention, but this begs the question, why would our government even consider deporting her?

She would go back to her birth country to wind up an orphan or a child of the streets, extremely vulnerable to being abducted into sex slavery or any of the other many forms of violence perpetrated against women and children. If she tries again to find her family and some safety in the U.S., the border crossing would subject her again to even more risk.

Should aspiring Americans be deported to the precarious conditions they fled?

From Haitian immigrants risking their lives in boats from their island to Miami, to African immigrants fleeing political, ethnic and religious persecution to Asian and Pacific Islanders fleeing similar persecution and poverty, should they be punished for their search for a sanctuary?

And the millions of Latino children currently undocumented or their parents who are undocumented, both living in fear of being torn apart, do they deserve their fate due to politics?

Don’t they deserve asylum or at least a fair hearing?

The fate of the Central American border children and all these other groups represent an entire generation of immigrants — the majority of whom are Latino — who are treated differently than prior immigrant generations who were majority white.

There are currently an estimated 11 million undocumented immigrants, many with families here in the U.S. Most are gainfully employed and paying taxes. Why are they being deported?

Are they not the same as prior generations who arrived and then became “legal?” Shouldn’t their children fleeing violence be able to legally join them? The truth is, there is no safe and legal way for them to come here.

Over the past 20 years, access to legal immigration status has been severely restricted. Prior to 1996, there were problems and discrimination in our immigration system, but those who had family members or employers in the U.S. could be sponsored and become “legal.”

By removing a provision allowing undocumented immigrants to pay a fine for being out of status and then legalize, the 1996 Illegal Immigration Reform and Immigrant Responsibility Act cut off access to the way that most immigrants legalized in prior generations.

In addition, it cut due process for immigrants, making it more difficult to get asylum. These constraints have been even more strictly interpreted since 9/11, despite the fact undocumented immigrants were not responsible for the attacks. The result is more and more immigrants who would have been able to become legal a generation ago can no longer do so.

While we wait for Congress to act, the Administration has the discretion to end deportations of immigrants who fall in these categories. Executive discretion is clearly legally available through Temporary Protective Status, which was granted for humanitarian reasons in various Central American cases since the 1990s, and through expansion of the 2012 Deferred Action for Childhood Arrivals to include all the other deserving immigrants.

It’s time for the President to move beyond sympathetic pleas. Failing to stop unneeded deportations that break families apart is just another broken promise by this Administration.

Katherine Culliton González is senior attorney for the Advancement Project,a national, next-generation group fighting for racial justice for all.

Transcript: Remarks by the President on Border Security and Immigration Reform
Comment
Latina Cubicle Confidential™ Are You Passing Up Opportunities?