Ace Tomato workers continue to fight for a fair contract 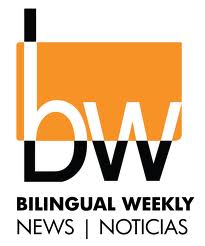 MANTECA, CA- Dozens of farm workers and community supporters gathered across from ACE Tomato company’s headquarters in Manteca on Tuesday, August 21st, to demanding the company to implement a fair contract.

“The process has been very difficult because they [ACE Tomato] have not cooperated in good faith,” said United Farm Workers (UFW) Internal Coordinator, Antonio Cortez. “The two parties sat down to negotiate but we did not reach an agreement, then we went to the next phase which is the mediation process.”

n 1989, the majority of ACE Tomato workers voted to have the United Farm Workers (UFW) represent them, 23 years later the workers still waiting for a fair contract.

In July 2012, the California Agricultural Labor Relations Board (ALRB) ordered ACE Tomato to put in place the agreement hammered out by a neutral mediator.

At the demonstration workers and union representatives hand in a petition signed by thousands of supporters askingPresident of Ace Tomato, Kathleen Lagorio Janssen, to implement the contract.

The deadline for Ace to seek appellate court review of the Board’s decision was August 24, 2012

Founded in 1968, ACE Tomato Co. Inc. ships millions of cartons of tomatoes throughout North America and Asia each year.

farm workers, featured
Previous Post "Isolated incidents" widening the gap between GOP and Americans of color
Next PostPrioritizing the Right to Health: Cuba

"Isolated incidents" widening the gap between GOP and Americans of color
Comment
Prioritizing the Right to Health: Cuba