Tulsa police chief asserts: “We are not immigration agents” 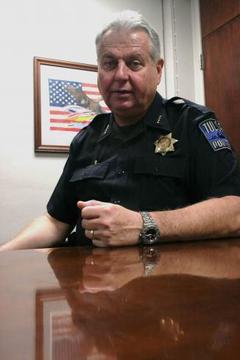 “My officers are working so all of us can enjoy a safer city,” said Jordan, who was interviewed July 5 in his office downtown. “They are not chasing immigrants. That is not our job.”

Jordan said the immigration system needs changes, but he said that is “a federal matter, not local.”

Jordan also said his department has not implemented the 287 (g) program, which is a system involving accelerated training through which local law enforcement officers are certified in four and a half weeks as immigration agents.

One of his concerns is that crimes of domestic violence or child abuse go unreported because the victims fear that they may eventually be deported for being undocumented immigrants.

“Undocumented immigrants should not fear the police,” he said. “If they are victim of a crime, they must report it. We have Hispanic and bilingual officers. We are here to help; we do not deport anyone.”

To improve relations between the Hispanic community and the Tulsa police, Jordan said there is a community outreach program that began in the department’s Mingo Valley division, 10122 E. 11th St.

“We have improved many things; even our newsletter is being published in Spanish,” he said. “We need that the Hispanic community learn more about us, so they can put a face to the police department.”

One of his goals of is to…