Latina Lista: News from the Latinx perspective > Culture > Books > Unleashing the magic of a child’s imagination

Unleashing the magic of a child’s imagination

By Martha Rico
LatinaLista
Benjamin, Daniel and Alejandra love spending time with their abuelos at their farm on the weekends. They especially look forward to Grandpa’s special breakfasts and working together outdoors doing chores.

On one particular visit, Benjamin claims to see something on the burnt tortilla Grandpa Luis serves him. He says it is a bear, but as he shows it to Daniel, Daniel claims to see a dolphin. Alejandra, on the other hand, says she sees a coyote and so begins the story of Grandpa’s Magic Tortilla by Demetria Martinez & Rosalee Montoya-Read.

It seems as though the animals are changing right before their eyes! But when they point this out to Grandma Elvira, she shoos them outside to play with the neighborhood children. She tells Grandpa Luis what the kids were talking about, but he just laughs and sets the tortilla aside.

That night, the children have fanciful dreams that are retold with much enthusiasm the following morning during breakfast. A knock at the door interrupts the hullabaloo. It is the Lopez children and their parents, all anxiously waiting to see the burnt tortilla. Just as with the abuelos, the Lopez’s parents do not see a thing, though the children rant about the visions they see in the tortilla.

Suddenly, the visions are gone, leaving the children greatly disappointed. Grandpa promises to make more tortillas the following day. The next day, the Lopez children return to give Daniel, Benjamin and Alejandra pictures of animals they drew as a way to cheer up the kids. Grandma Elvira wipes away a tear and says, “You know, sometimes grown- ups don’t always understand what they can’t see.”

This charming story will sure to be a favorite of many children because spending time with grandparents is always a treat! The author does a splendid job of engaging the reader with her carefully crafted tale.

Readers will be quick to tell of a time when an adult “just didn’t get it,” the way Grandpa Luis and Grandma Elvira couldn’t understand the visions in the burnt tortilla. Spanish is interspersed throughout, but the handy glossary at the beginning of the story proves to be a big help.

A great story to be read aloud, but also one children will enjoy reading on their own.

Grandpa’s Magic Tortilla is published by the University of New Mexico Press.
Martha C. Rico is a school librarian and part of the Review ‘n Receive book review program.

Previous Post Spotlight Non-profit: Acts of community service by youth are no random matters
Next PostBeing undocumented used as justification for court to take woman's son away and given to other couple 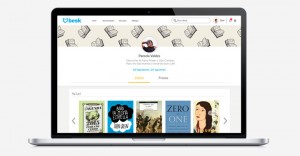 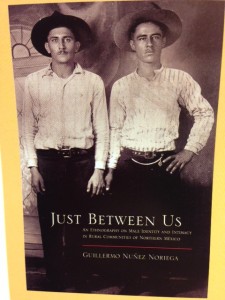 Spotlight Non-profit: Acts of community service by youth are no random matters
Comment
Being undocumented used as justification for court to take woman's son away and given to other couple