Latina Lista: News from the Latinx perspective > Culture > Majority of young Latino adults are “proud of their Hispanic/Latino culture”

A Pew nationwide survey finds that Hispanic identity continues to be most rooted in family country of origin while the terms Latino and Hispanic are not as top of mind. 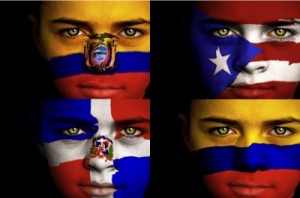 The United States government uses the terms “Hispanic” or “Latino” to categorize Americans who trace their roots to Spanish-speaking countries. In its classification system, the federal government recognizes just one ethnic group, Hispanic/Latino, which it defines as follows: “A person of Cuban, Mexican, Puerto Rican, South or Central American, or other Spanish culture or origin, regardless of race.”

Latinos in the U.S. have many different cultures rather than a common culture. The survey respondents do, however, express a strong, shared connection to the Spanish language.

More than eight-in-ten (82%) Latino adults say they speak Spanish, and nearly all (95%) say it is important for future generations to continue to do so. When asked which term they prefer, “Hispanic” or “Latino,” half (51%) say they have no preference for either term, while 33% say they prefer Hispanic and 14% say they prefer Latino.

Tr3s research with 18-34s is in-line with these findings. The younger adult (majority U.S. born) is much more “chill” about their identity and more easily navigate between their American and Latino cultures.

The survey also finds Hispanics are divided about the degree to which they feel a common identity with other Americans.

The latest Tr3s sponsored Maximo Report 2012 by Motivo Insights and NGLC concur, finding that 73% of younger Hispanic adults 18-30 are “Proud of their Latino/Hispanic culture or their family’s country of origin” and 72% “Feel completely accepted by both Americans and people from their country of origin.”

At more than 50 million strong, Hispanics make up 16% of the U.S. population. Therefore, it is not surprising that singular labels for race and ethnicity are not universally embraced by this diverse demographic.

Cultural nuances should be considered when reaching Spanish-speaking or Spanish-preferred audiences. With more insights into the Spanish-speaking U.S. Latino demographic, marketers can craft more meaningful and measurable campaigns and content.