LatinaLista — It’s taken a while, and admittedly the full throttle enthusiasm evident in the 2008 presidential election among young voters isn’t quite up to the same speed as then, but young voters are just as politically aware as four years ago and a good many of them plan on showing it at the polls. 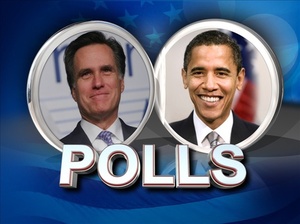 Today, Tufts University’s The Center for Information and Research on Civic Learning & Engagement (CIRCLE) released an interesting poll of young voters’ election viewpoints. What makes this poll interesting is that pollsters polled the same group of 1,109 young people twice, once in the summer and again in the fall.

Each group registered a change in how much they supported either candidate and illustrates that these young people must have been paying attention to the debates.

Nearly three quarters of Black youth say it is very likely or extremely likely they will vote in the 2012 Presidential Election, compared to 68.7% of White youth and 56.6% of Hispanic young people.

When pollsters started asking the young voters about their perceptions of each candidate, it was striking how young voters of color tended to rate President Obama higher and white young voters rated Gov. Romney higher.

However, there were some cases where the majority of all youth agreed. When asked:

Also, 58% of White young voters also feel more cynical about politics than two years ago compared to 38% for Blacks and 54% for Latinos.

Maybe one reason for the cynicism is that 25 percent or more of each group of young voters feels that politicians don’t talk about issues that are important to them. It’s said that young people are the first to be able to cut through the bull crap of any adult — and what they’re hearing is making them tune out instead of tuning in.