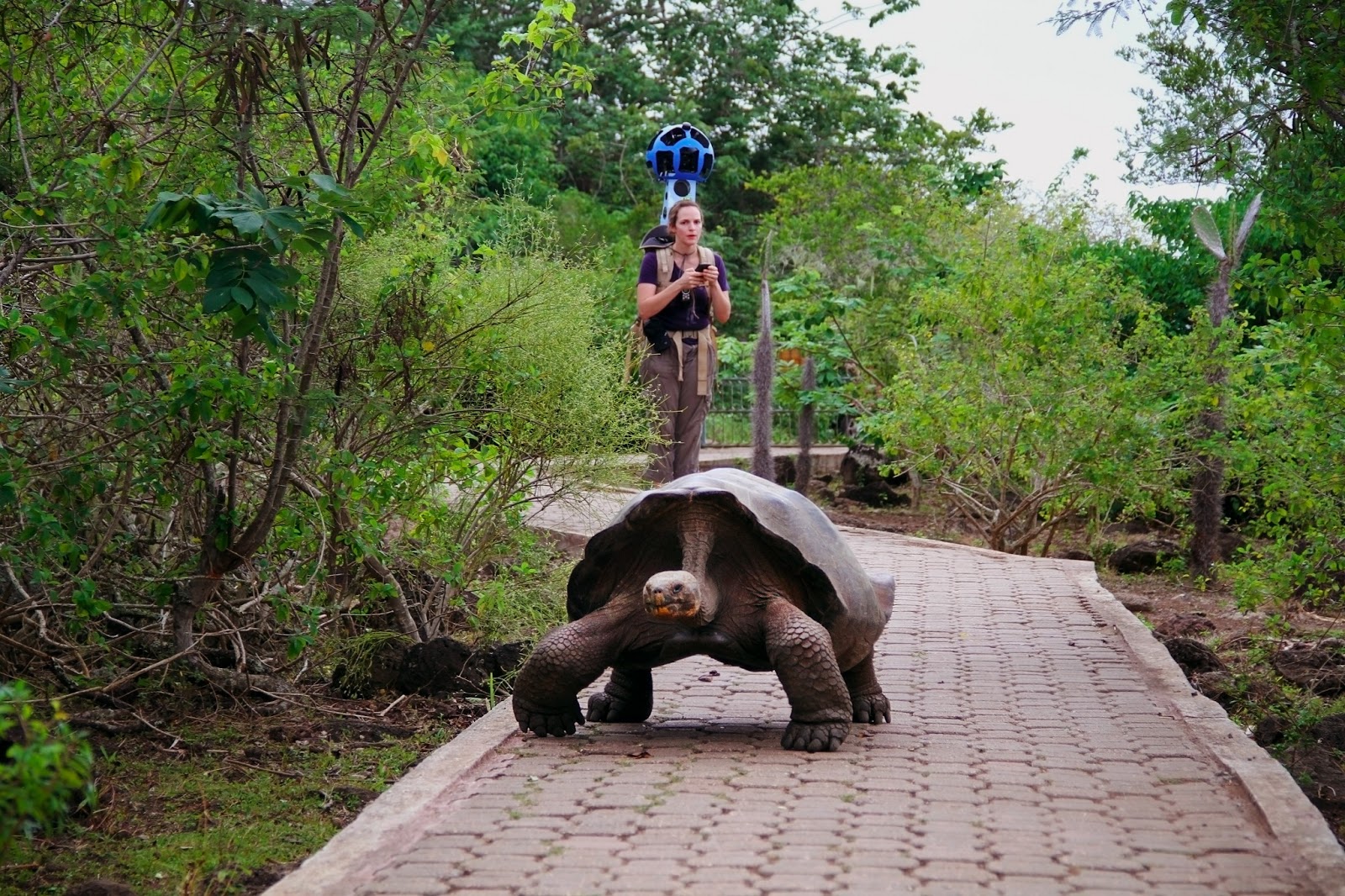 LatinaLista — This past May, a team from GOOGLE Maps traveled to the Galápagos Islands for a 10-day expedition on one of their most ambitious projects — “to capture 360-degree images of the unique wildlife and geological features of the islands with the (Street View) Trekker camera.”

With the distinct towering mobile cam strapped to their backs, the GOOGLE Maps team hiked, dived and climbed among the islands as they captured images of the terrain, coastline, fauna and animals that Charles Darwin made famous so many years ago. The result is stunning documentation of a place that brings the magic of a preserved eco-system to everyone’s desktop and mobile screens.

However, while the project was part of an effort to raise awareness about the islands and the current challenges they face, it was also part of a bigger vision. GOOGLE Maps partnered with the Directorate of the Galapagos National Park and Charles Darwin Foundation to help with ongoing research — of the environment, conservation, animal migration patterns and the tourism impact of the islands — being conducted by scientists.

But there’s a lot of land mass, ocean depths, plants and animals that need further study and the Charles Darwin Foundation wants armchair (citizen) naturalists to help their scientists out. Together with the website for citizen scientists, iNaturalist, the Darwin Foundation developed a new app called Darwin for a Day.

Using the GOOGLE 360-degree images, armchair nature lovers can explore the Galápagos Islands through Google Street View and document, or as scientists like to say – catalogue – the unique plants and animals. It doesn’t matter if a person knows what they’re looking at or even knows the scientific name, the goal is to contribute to the research of the Galápagos Islands.

Virtual naturalists go to the homepage and drag the picture of the little yellow man onto any one of the islands on the map. From there, Street View images kick in and exploration begins. Once something interesting is found that may warrant cataloging, a simple click on the “observe” button lets the virtual explorer submit their find — Then it’s off to the next discovery.

For now, the application is only available in English but a Spanish version is promised for the near future.

Honduras: Korean-owned auto factory, with U.S. ties, under investigation for alleged abuse of labor rights
Comment
First-time Latino author reveals the rough side of growing up Latino on the Texas border