LatinaLista — The full name of the bill re-introduced in Congress on Nov. 30 by U.S. Rep. Lois Capps, D-Calif is the Heart Disease Education, Analysis Research, and Treatment for Women Act. Thankfully, the shortened title is a lot easier to say and remember — the HEART for Women Act. 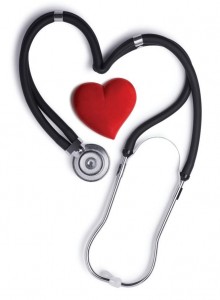 As you can guess, the bill is geared to improving heart healthcare for women. It’s already known that the symptoms of a heart attack appear differently in women than men but how else does the Number 1 killer of women affect women differently?

And it’s not just about the disease itself but the medicines used to treat it. For one of the first times, a bill about health recognizes that medicines affect women differently than men. Not only that, but not every medicine works the same way in every woman either.

The HEART for Women Act would require the U.S. Health and Human Services secretary to submit an annual report to Congress on the quality of and access to care for women with cardiovascular disease. It would also ensure that new and experimental drug and medical device safety and efficacy data reported to the federal government is classified by gender, race and ethnicity.

“While we have made great progress in the fight against heart disease it remains the number one killer of American women, needlessly claiming the lives of far too many of our mothers, wives, sisters and daughters,” Capps said. “Unfortunately not enough people — including health professionals — recognize that heart disease poses such a serious and unique threat to women, and far too many women pay a terrible price for that lack of knowledge.

“My legislation addresses this critical health issue by ensuring more women have access to screening for heart disease, filling the critical knowledge gaps by ensuring that healthcare professionals are informed about the risks of cardiovascular disease in women, and supporting increased data collection to identify new treatments for women.”

According to the American Heart Association, nearly 422,000 women’s lives are lost each year from heart disease and stroke. The sad thing is that this is a preventable disease if all women are presented the right information on how to live heart-healthy lives and their doctors have that information to give them.

More than one in three women has some form of cardiovascular disease, including nearly half of all African-American women and 34 percent of white women. More than 90 percent of primary care physicians do not know that more women die each year from these diseases than men, according to an American Heart Association survey.

The bill has the support of about 40 organizations and provides one of those rare instances in Congress where both sides of the aisle can come together in agreement.