Latina Lista: News from the Latinx perspective > Life Issues > Latinos rank as the most coffee-lovers in the nation

Latinos rank as the most coffee-lovers in the nation

LatinaLista — Coffee has been historically a part of the Latin diet just as much as arroz and frijoles. Whether we drink it con leche or negro, from a cup, or as my grandfather used to do, from a (coffee cup) saucer, coffee is the one happy addiction most Latinos willingly share. 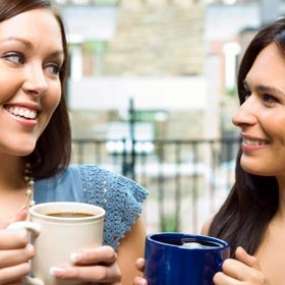 So, when the National Coffee Association wanted to find out which ethnic group drank the most of their favorite beverage, no sorpresa that Latinos won — cups down!

The Ethnicity and Coffee report found that 74 percent of Latinos drink coffee daily, 12 percentage points more than other Americans.

It seems we just don’t drink any old coffee, even when we’re battling our coffee fix headaches.

Yes, it is a tradition we cling to and start from an early age.

Latinos consume more coffee on a daily basis no matter how old we are:

The study further looks at which Latinos are drinking the most coffee. It found that those who speak mainly Spanish drink more coffee (80 percent) than those who are bilingual (77 percent) or English-dominant (63 percent).

Also, Spanish-speakers were found to drink cappucino and espresso in higher numbers on a weekly basis than bilingual or English-dominant Latino coffee drinkers.

While there are logical explanations as to the differences in how many coffee cups each group drinks, there is one thing clear from the report — coffee is one habit most Latinos won’t give up.