LatinaLista — The Librotraficante Movement was born in direct response to the actions of Arizona legislators who passed House Bill 2281 to ban Mexican American Studies in the state’s schools. Along with that ban came a series of oppressive literary restrictions targeting Latino-authored books. From explicit “prohibition of some books from classrooms, to new approval requirements for supplemental texts, and vague instructions about how texts may be taught,” Arizona’s Latino students remain under a cultural siege. 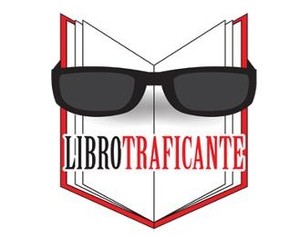 The Librotraficante Movement, started by Houston-based novelist Tony Diaz, was formed to initially smuggle the books taken out of those Arizona classrooms back into the state. With many of the Latino community’s most gifted writers contributing their titles to the cause, the movement was able to open six “underground” libraries throughout the Southwest, including Arizona.

Yet, the law is still in place and Diaz knows that to effect change there must be constant reminders to the public that something unjust exists. For that reason, the Librotraficante Movement is spearheading a unique campaign during this year’s observance of Hispanic Heritage Month.

On Friday, September 21, the organization sponsors 50 States of Freedom of Speech celebrations.

Across the country, from New York City to Los Angeles and points in between from Kentucky to Kansas, in the name of the Librotraficante Movement, readings and performances from the banned books will take place. There will also be report cards issued on politicians of all levels to illustrate their stand on multicultural and ethnic studies courses and fundraisers to raise money to donate to the defense fund of former Mexican American Studies faculty against whom the state of Arizona targeted with litigation.

We are also celebrating major breakthroughs for our culture,” added Diaz. “BLESS ME, ULTIMA by Rudolfo Anaya is one of the classic novels of Chicano literature. It was banned in Arizona. But the film adaptation will be released in El Paso, Texas during the Librotraficante 50 States of Freedom of Speech. Also, the special AMERICA BY THE NUMBERS will air nationally that day on PBS. Maria Hinojosa is the host and executive producer. This is the first time that a Latina produces and hosts a national PBS broadcast. Each of our events will include a screening of this landmark program. Not only will our culture not be banned, our culture will thrive.”

And since no Hispanic Heritage Month is complete without profiling those iconic Latinos who blazed the trail for Latinos, the event will also feature their stories, so they can continue to be remembered, appreciated and their life stories serve as examples to a new generation learning that the battle for tolerance and acceptance is not over yet.

Getting ready for the launch of the 50 States of Freedom of Speech celebration tomorrow, Diaz told Latina Lista, via phone from New York City, that the best way people can discover if an event is happening in their town is to check out the Librotraficante Facebook and Twitter pages.

“We tried to set up a Google map to show where all the events were happening,” Diaz said. “But our site kept getting attacked and we had to take it down.”

However, Diaz couldn’t contain his excitement over the phone explaining how more and more cities are joining the celebration.

“Tu crees, Kansas City, Kansas is having an event. Latinos are everywhere!”

Transcript: Univision 's "Meet the Candidate" forum with Mitt Romney
4 Comments
Latinos rank as the most coffee-lovers in the nation