Latina Lista: News from the Latinx perspective > Life Issues > Youth > Online voter registration a hit with young California voters, as well as, not having party preference

Online voter registration a hit with young California voters, as well as, not having party preference

LatinaLista — As the nation prepares to swear in Barack Obama as the 45th US President, he will have the distinction of being the 15th Democrat (of those presidents specifically identified as Democrats) to hold the highest office in the country. 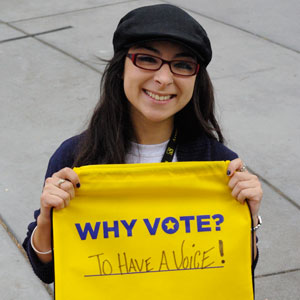 But a new study on young voters in California highlights a possible change when it comes to future elections — it will be less about Democrats and Republicans and more about the candidates.

The University of California, Davis’ Civic Engagement Project conducted a study of young voters in California and found that since the state implemented online voter registration a month before the election, registration among 18-to-24-year-olds in California increased 14 percent statewide compared with the 2008 general election. Of the new registrants, 63 percent of the new young voters registered online.

Those stating “no party preference” were the second-largest group after those identifying as Democrats. Young adults are the only group of California voters among whom fewer than 40 percent are registered as Democratic.

There’s probably no time in recent history than today when voters, of all ages, are more disillusioned with both political parties. The ugly rhetoric, the arrogant display of self-rightousness and blatant pandering to extremist factions by political leaders of both parties have been a big turn-off to newbie voters.

Registering online allows the kind of privacy and freedom from pressure that current voter registration drives lack and could prove to not only be a great motivator for youth, and others embracing technology, to become civically active but change the electoral process in a big way — especially when the day voting online arrives. 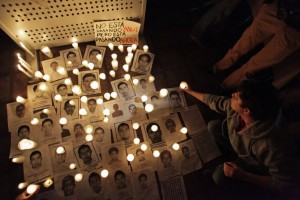 Video: Cuban-American filmmaker creates 'visual conversation' in award-winning video art short
1 Comment
Guest Voz: Culture: The good, the bad and the feo — How do we change it?