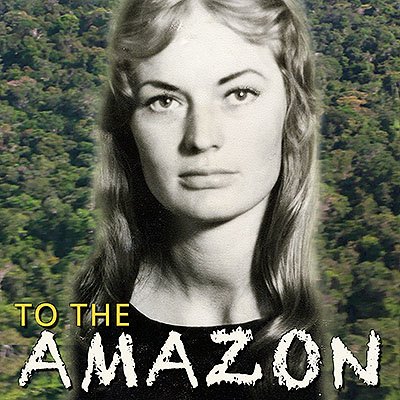 LatinaLista — Valeria Meikle is described by those who know her as the world’s last true hippie — musician, painter, writer, eternal traveler, dreamer, teacher, healer and nature lover. This British-born proper woman/mother/grandmother traveled across the Atlantic Ocean to commune with nature in its most pure form — the Amazon.

Born in England in 1937 and living in Colombia for more than 50 years, Meikle is a founder-member of the project Natural Reserve Cerca Viva in the Amazon, where she lives. The courage to immerse herself and her family into new surroundings, a new culture, new language and a new perspective on life serves as the impetus for a new documentary-in-the-making titled To the Amazon.

The film, being made by Meikle’s daughter, Clare Weiskopf, a filmmaker in her own right, centers on the risks and adventures her mother was willing to take that has resulted in several books, authored by her mother, and chronicling her journeys deep into the Amazon discovering a new world filled with hallucinogenic plants, malaria, chamans, jaguars and dolphins.

‘To the amazon’ is an invitation to understand that “if you’re brave enough to leave behind everything familiar and comforting, which can be anything from your house to bitter, old resentments, and set out on a truth-seeking journey, either externally or internally, and if you are truly willing to regard everything that happens to you on that journey as a clue and if you accept everyone you meet along the way as a teacher and if you are prepared, most of all, to face and forgive some very difficult realities about yourself, then the truth will not be withheld from you.”

The film is currently in the fundraising stage on indiegogo and the filmmakers are offering a different set of perks for early funders ranging from books written by Meikle about her journey though the Amazon, her music CD, this movie’s DVD and limited-edition photos, to a stay in a natural reserve in the amazon jungle receiving Reiki treatments.