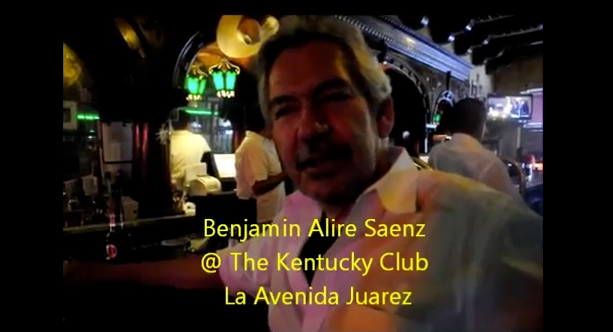 LatinaLista — When it was announced that Benjamin Alire Sáenz had won the prestigious PEN/Faulkner Award for Fiction for his book “Everything Begins and Ends at the Kentucky Club,” more than a few people couldn’t understand why a club with the name of “Kentucky” could be in a town like Juarez, Mexico.

Yet, in this featured video done by Cinco Puntos Press, Sáenz revisits the Kentucky Club to explain why he based his stories at that place and what it signifies for him. After only a few minutes, where the background noise threatens to drown out the soft-spoken author, it’s not hard to imagine that the Kentucky Club has a personality of its own and its patrons are just characters passing through — but caught on the pages of Sáenz’s book.

Young Latinas invited to use their voices to blog in national blog-a-thon
Comment
Viernes Video: CollegeHumor brings Dora the Explorer to life in web series for grown-up fans