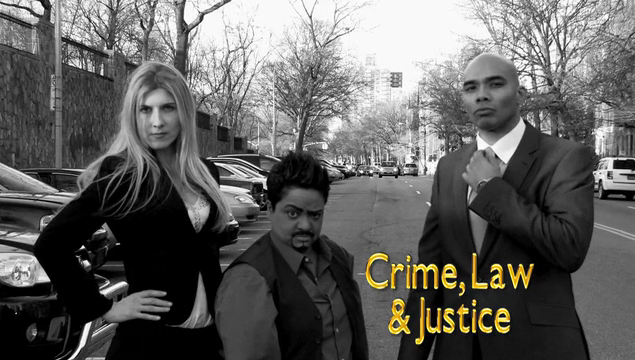 LatinaLista — A common theme in films has always been a man masquerades as a woman to achieve his goal — Mrs. Doubtfire, Para Ella Soy Eva — a less common theme is a woman dressing up as a man to get what she wants. Yet, if filmmaker Jesenia Bailey gets her way it will be a theme brought to life in her new web series Becoming Ricardo.

Becoming Ricardo is a slap-stick comedy about a down-and-out actress, Jesenia Cruz (Jesenia Bailey), who in a desperate attempt to get her career moving faster, she decides to audition for a lead role, in a major network TV show as a MALE character she’s played many times before – Ricardo Montalban. With the help of her makeup artist cousin, Sonia Cruz (Sofia Rodriguez), Jesenia, lands the lead role in “CRIME, LAW AND JUSTICE” and quickly finds herself struggling to maintain a double-life! What she thought would be easy, turns her life up-side-down, as Ricardo Montalban’s career sky-rockets into stardom, and Jesenia remains a struggling actress.

In real life, Jesenia, in addition to being a professional actress and stand-up comic, is a struggling producer who has turned to Kickstarter to bring her dream web sitcom to life. Striving for $7,000 by January 7, 2013, Jesenia and her team have already written eight episodes and now need funds to pay for: salary for the cast and crew, pre-and post-production expenses, catering, wardrobes, set design and rentals.

In addition to seeing her web sitcom come to life, Jesenia has another goal that drives many Latino artists like herself:

Our aim is to get MORE LATINOS ON TV AND FILM doing quality work and better yet – quality comedy!

comedy, featured, web sitcom
Previous Post The 'Fiscal Cliff' threatens the work of non-profits to help those who need an extra hand
Next PostGuest Voz: Lincoln and the Questions of Our Lives

The 'Fiscal Cliff' threatens the work of non-profits to help those who need an extra hand
Comment
Guest Voz: Lincoln and the Questions of Our Lives