LatinaLista — Talk of modernizing the voting process always crops up around major elections. Unfortunately, it’s more talk of what can be done than doing it but one area that has gotten a boost from today’s technology is voter registration. 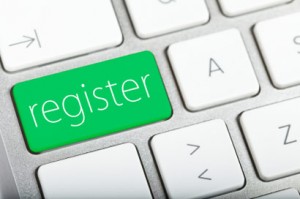 A handful of states are offering their citizens the option of registering online. California is one of them.

The Golden State debuted its online registration just in time for the 2012 presidential election. The results of using technology to give more people access to voter registration has yielded a surprise that surpassed supporters’ expectations and will give critics reason to fear the future.

Researchers at UC Berkeley and UC Berkeley’s Center for Latino Policy Research released a report on the results of California’s first online voter registration drive and discovered a surprising outcome: more registrants came from low- and middle-income neighborhoods than expected.

Researchers say that voter registrations increased due to the technology.

Based on data from each of California’s 58 counties, the state’s online drive that ran from Sept. 19-Oct. 21, 2012, generated 839,297 new registered voters. Some 22.6 percent were Latino, 11.1 percent Asian, and about 59.8 percent white – breakdowns similar to the state’s overall voter registration.

The most glaring finding of the study reveals that politicians need to pay closer attention to women of color voters.

What makes the results so startling is that there was no huge marketing campaign to get people to register online. One can only imagine what would happen to politics in this country if voting was allowed to be done online.

From the results of this study, it’s easy to assume that turnout among disenfranchised communities would reach all-time highs — something that is scary to those politicians doing their darndest to make voting as difficult as possible for a segment of the population who have the potential to turn politics upside down and make the racial make-up of legislatures more reflective of the reality that exists in this country.

One of the researchers of the study plans on doing additional research on the results:

Lisa García Bedolla, a UC Berkeley associate professor of education and of political science, Garcia Bedolla wants to see if in those communities that registered spikes in online registration if the people were influenced by active voting advocacy groups operating in their communities.

Yet, the bottom line is it doesn’t matter if there were groups there. What matters is that these people registered. What should be researched are two points: 1) Did the online registrants actually go to the polls and vote and 2) Was there any fraud or abuse detected with the online system.

If people didn’t actually vote, it underscores that the intent is there — because they registered — but a level of difficulty to cast a vote prevented them from fulfilling their intent.

And if there was no fraud or abuse in the online registration process, then it makes sense to seriously explore an option to vote online — and not just bring the voting process into the 21st Century but the recognition of the right that every citizen should be able to cast their vote without need for Voter IDs, long lines, standing in inclement weather, losing uncompensated time from work, etc.

Technology doesn’t diminish the privilege of voting, it ensures that all qualified people get to exercise it. Something our current system sorely lacks.