Affordable housing proves hard to come by in one Texas town 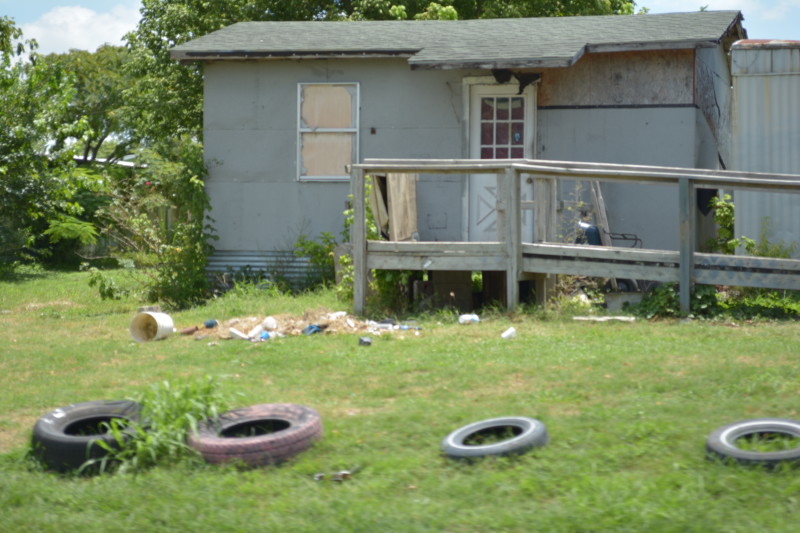 San Marcos is a rapidly expanding city with a severe lack of housing options for the nearly 40 percent of residents who live below the poverty level.

The majority of residents rent houses and apartments, while homeowners represent only 27 percent of the overall population. Low-income residents vying for public housing are placed on extended waiting lists, as only 289 units are available.

Janis Hendrix, community initiatives administrator within the city’s planning and development department, works to increase the amount of affordable housing through the city’s Community Development Block Grant, or CDBG, which comes from HUD (Housing and Urban Development).

“We’ve received these funds for 24 years now, and part of what we do with the money is housing-related and part is development, such as developing our neighborhoods,” Hendrix said.

Developing lots within existing neighborhoods (referred to as infilling) is a primary focus for these funds, as there aren’t many lots available to the city currently. Hendrix also runs a homebuyer’s assistance program to encourage low-income families to purchase a home.

“We can provide down payment and closing cost assistance to families who don’t earn more than 80 percent of the area median,” Hendrix said. “It’s a forgivable $7,000 loan, so if you live in the house for five years, you have a zero balance.”

Over the course of the last decade, only 35 families have utilized this service.

Albert Sierra, executive director for the San Marcos Housing Authority, wants to assure people that San Marcos is a nice place to live if you make it that way.

“The role of the housing authority is to provide folks with safe, sanitary and decent housing,” Sierra said. “Public housing for people at the poverty level is the answer for them.” 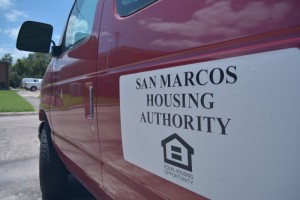 In addition to the public housing units, the Housing Authority is associated with 228 Section 8 properties, in which they work with private landlords to help cover rent and utilities. The waiting list is currently closed.

There are other options for a fortunate few in the city.

Habitat for Humanity is a volunteer-driven organization funded through the CDBG in San Marcos. Homebuyers are chosen prior to construction based on their ability to afford the program. They are expected to put in 300 hours of “sweat equity.” Upon completion, the house goes to the homebuyer as a loan, which is paid off over the course of 20 years.

Over a seven-year period, five of these houses have been constructed, said Hendrix.

Sierra said there is not enough affordable housing in San Marcos to satisfy the needs of the community.

Development costs hinder the production of new single-family homes. Hendrix said the infill housing policy is out of date. The last time it was updated was in 2007. However, the city is waiting on development codes to change before pushing a new policy through. As the current system stands, developers are not willing to produce affordable housing.

“We’ve been told by developers that unless they have land they get for free, they just can’t build a house for $106,000,” Hendrix said. “We feel that’s a good number for the poor, as far as affordability goes. We won’t change that until we get our developer codes finished, and see how creative we can be then.”

The current strategy involves the city offering $5,000 rebates for developers towards fees associated with constructing the houses, including permit fees and tap fees. Hendrix said there are developers interested in producing affordable housing, but their inability to turn a profit is a deterrent. Unless the city can further incentivize this process for developers, the stagnation in the development of affordable housing will continue.

Sierra said the cost of housing makes it almost impossible for the city to come up with affordable options.

While the city is committed to helping residents have safe, decent and affordable housing, Hendrix said it can be challenging. 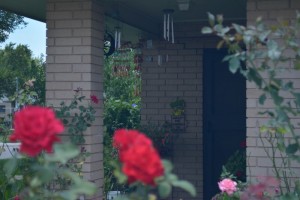 Pictured is a home in the San Marcos Housing Authority – the only place in town that offers subsidized rent for residents in need of assistance. Photo by Jesse Louden/VoiceBox Media

“In addition to trying to bring housing in that’s affordable, we’re also trying to incentivize housing so we can bring more jobs in so you can afford better housing,” she said.

This trickle-down theory is a viewpoint that the city’s Economic and Development Projects Coordinator Kevin Burke shares. His position within the City Manager’s office focuses on expanding job opportunities in San Marcos by attracting new businesses to the area.

“What we’re looking for to attract companies is the wages they’ll be paying – whether they’ll be full-time jobs and whether they provide a ladder for the workforce to move up as their careers progress,” said Burke. “These are the types of things we look for anytime we enter into an agreement with a company. To insure that rather than stay at our current median income with the type of wages we see prevalent, which is heavily focused on retail – part of the reason the median income is so low here – we’re moving the needle and creating overall higher wage jobs in the community.”

However, these goals have yet to be realized in San Marcos where the median household income is $27,443, according to the Census Bureau.

“Salaries are not going up as fast as the cost of housing,” Sierra said.

And until they do, there will remain a gap between those who need affordable housing in San Marcos and those who can provide it.

“In San Marcos, it’s a challenge to find affordable housing for the poor,” Hendrix said. “Your less expensive housing is the public housing – they have a waiting list. If you’re fortunate enough to purchase the habitat housing, that’s affordable. There’s not a lot of affordable housing.”

How to Pick the Right Student Loans for You
Comment
Faced with a femicide pandemic, Mexican government issues first-ever "gender alert"