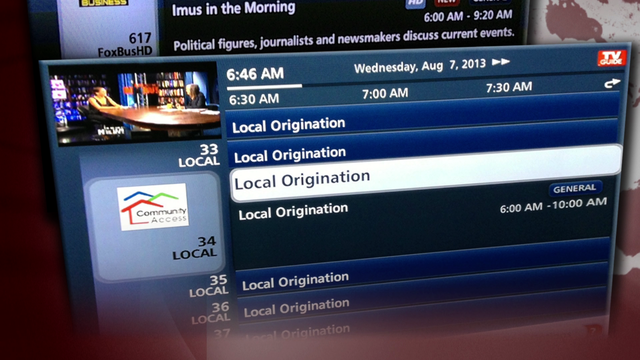 LatinaLista — It’s not remembered often enough that the rise in popularity and power of social media has less to do with platforms like Facebook, Instagram, Twitter, etc. and rests more with the people who use them. What is making social media revolutionary in the first place is the power/opportunity it’s giving everyday people to create content — for themselves and, in the process, others.

But if we were to examine a historical media timeline, we would see that long before social media liberated people from the gatekeepers of traditional media there was already a way for people to broadcast their news and opinion — through public access television channels.

Whether it is local community access programs that feature kids’ shows, the local high school football game, panels of guests voicing concerns about the community or live coverage of local city council meetings or channels devoted to government programs, these public access channels featuring public, educational and government programs, known as PEG programs, have existed long before Facebook was dreamed up in a college dormitory.

PEG programs maintain the public democracy of media, just as social media is expanding that mission.

Something taken for granted now but is a real convenience is the onscreen cable television menu. No longer do we have to save the Sunday newspaper TV section (if the newspaper even has that section anymore) or look on the Internet for each channel’s program guide. Each cable company has their own menu that is quick and easy to access with a push of a button.

Listing each program at any given hour, on any given channel, complete with full program descriptions is what drives us all to find our favorites or discover new programs that sound interesting — in the process helping those channels with their viewership numbers.

Anyone trying to catch their child’s school play or see the latest city council meeting wouldn’t know where to look among the multiple listings of generic descriptors labeling public access channels. On Verizon Fios, 17 public channels are identified only as : “Local” and where the program description should be, it reads “Local Origination.”

Not affording the same courtesy to local access channels as they do mainstream media, cable companies are marginalizing those few channels that are truly ‘by the people, for the people.’

In the featured Democracy Now! video, Mitsuko Herrera, a member of the Federal Communications Commission’s Consumer Advisory Committee, explains why this practice is detrimental to local communities.