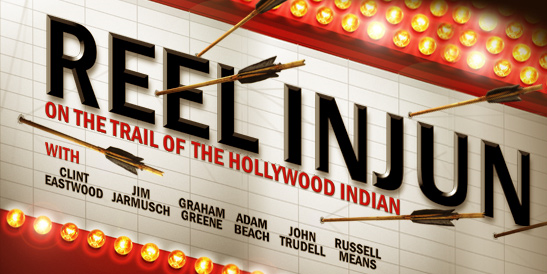 LatinaLista — Hollywood movies are known for romanticizing, distorting, embellishing, and even inventing, when it comes to portraying communities of color. There’s no greater example than how Hollywood has portrayed the Native American.

From the admirable to the pathetic – think Johnny Depp as Tonto — the Native American has been at the mercy of Hollywood since the days of the first ‘talking pictures.’

Some have tried to right this wrong by dedicating university classes to the issue or publishing books on the topic. Yet, there were still a lot of Americans who only knew the Hollywood version.

One Native American decided to fight ‘fire with fire.’

In 2010, Cree filmmaker Neil Diamond strove to reach more people, and educate them about Hollywood’s leniency with the Native American truth, by creating his own film: Reel Injun: On the trail of the Hollywood Indian.

Described as a “look into the evolution of a people’s desire to determine for themselves how their cinematic legacy will be preserved for future generations,” the film mixes humor with analysis tracing the role of Native Americans in Hollywood.

The film, in its entirety, is available online divided into Parts I, II, III & IV.