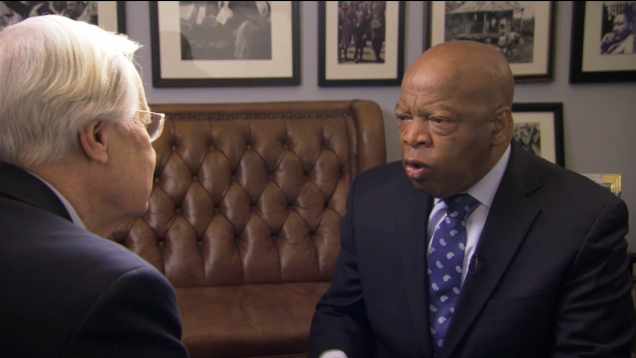 LatinaLista — Fifty years ago on August 28, 1963, Washington played host to one of the most iconic moments in history — the March on Washington. It was an event forever stamped into the annals of American history due to Martin Luther King, Jr’s deliverance of his infamous “I Have a Dream” speech advocating racial harmony.

Yet, it’s only in hindsight that King’s speech earmarked the march as an event to remember. At the time, it was memorable in its own right for being the first time that such an organized effort fighting for economic equality and civil rights for African Americans was such a phenomenal success drawing a diverse group of hundreds of thousands — estimates put 75–80% of the marchers as black and the rest were white and non-black minorities.

Historians credit the turnout of the March on Washington as being pivotal in the passage of the Civil Rights Act and the Voting Rights Act.

Among the multitude of people that day on the National Mall were two men from different backgrounds but with the same hopes.

One man was John Lewis. At 23 years of age, Lewis was the youngest speaker at the March. He was the leader of the Student Nonviolent Coordinating Committee. Today, Lewis is known as Rep. John Lewis, a 14-term congressman from Georgia.

The other man was veteran journalist, Bill Moyers. However, back then, Moyers wasn’t a member of the media. He was 29 years old and the deputy director of the Peace Corps. His office was only a couple of blocks from the National Mall and so he decided to walk the short distance to the National Mall to see what the March was all about. It was an event that had a profound impact on the young man who would later make his mark in journalism for his thoughtful analysis.

To commemorate that event, Moyers recently dedicated a complete show to the March and featured the only surviving speaker from that historic March — Rep. John Lewis.

The two men share their memories and experiences from that time and reflect on the impact the March had on changing America.