HIPGive Crowdfunding Campaign: Honoring Our Past, Envisioning Our Future 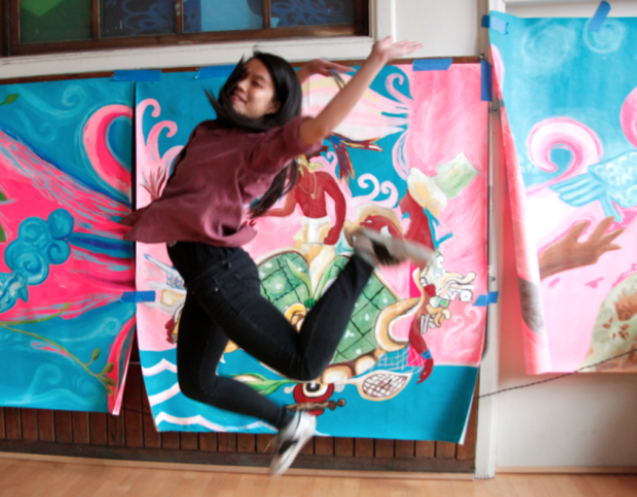 HIPGive Crowdfunding Campaign: Honoring Our Past, Envisioning Our Future

A community mural in a neighborhood in Philadelphia created with renowned artist Cesar Viveros in collaboration with Mural Arts Program.

The mural will approach topics such as immigration, community change, and community identity. The overall goal is to engage residents of the South Kensington neighborhood in Philadelphia where Raíces is currently located in a community mural project so that they can better understand the diverse cultural population changes that have occurred in the past, as well as those that are still present today.

Cesar Viveros is a respected mural arts painter in the Philadelphia area who is responsible for many beautiful local murals. South Kensington is inhabited by people of Latino, German, Irish, African-American, and Arabic backgrounds.

Community mural making painting sessions will be held at Raíces as well as churches and schools in the neighborhood. The goal is to have the mural completed in time for Hispanic Heritage month.

The current proposed site is on a 2-story brick wall that faces the entrance to the organization’s building. The completion of the mural will reflect the community’s involvement, history, and unifying characteristics, despite having different cultural and ethnic backgrounds.

The goal of the community mural project is to help residents engage each other to discuss topics that are of local and personal concern, while expressing themselves in a safe environment, both verbally and through mural- making art

The campaign ends in 9 days.