A Unique Mixture of Afro-Cuban Religious Rituals or Witchcraft? The True Story Behind Santeria 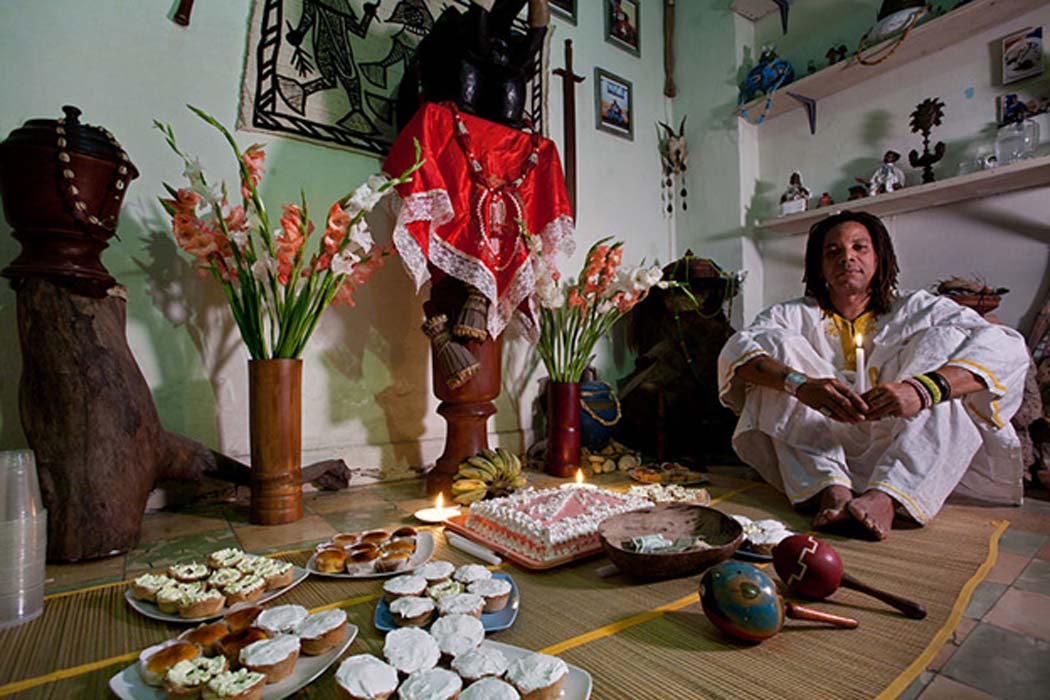 Some religious practices can be very surprising because they link aspects from different beliefs which may appear incompatible at first glance. In the case of Santeria, the connection between native deities from Afro-Cuban folklore and Christianity have created one of the spiciest mixtures you can imagine in a religion.

The mysterious practice called Santeria is a polytheistic Afro-Cuban religion full of many mysterious elements, making it an oft-misunderstood practice. This religion mixing many cultures remains popular in Cuba and carries some confusing luggage of symbolism and deities. The practices of Santeria’s followers are somewhat hypnotizing and often confuse Christians about its real roots.

The Historical Background of Santeria

Santeria followers generally prefer to call it ‘Regla de Ocha’ or the ‘Lucumí’ religion. The beginnings of this belief system may be dated to the first decades of the discovery of the “New Land”. When the Yoruba people from southwestern Nigeria were enslaved and transported to Cuba they brought their religion along with them. This area was also Christianized and the mixture of beliefs that met in the Caribbean landscape became one of the most fascinating religions created in the last millennia.

The first known reference to Santeria comes from 1515, when the ambitions and financial needs of colonialists had changed the Americas. The name of the religion comes from the name the Yoruba people received in Cuba. The natives called them Lucumi. Researchers believe that the residents of Cuba thought that the black people who came to their island belonged to the Ulkumi tribe. Another possible explanation for this name relates to the language they used – the slaves called each other Olku Mi, meaning ”my friend”. Santeria includes the cult of Orisha, meaning the ”head guardians”. It is a belief system based on the religions of all the previously mentioned cultures. The followers of Santeria are polytheists, they follow several deities whose identity is a mixture of African beliefs with Christian saints. For example, Babalz Ayi became St. Lazarus (patron of the sick), Shangs became St. Barbara (controller of thunder, lightning, fire), Eleggua or Elegba became St. Anthony (controlling roads, gates, etc.), Obatala became Our Lady of Las Mercedes and the Resurrected Christ (father of creation; source of spirituality), and Oggzn became St. Peter (patron of war).

Detailed information about the beliefs, rituals, and symbols of Santeria are limited for outsiders. However, it is known that the priests are called Babalochas or Santerios. There are also priestesses called Lyalochas or Santerias. Obviously, initiates into the faith receive more specific knowledge. However, Santeria is not based on any book. It reminds one more of Aboriginal religions based on centuries of oral traditions and the repetition of practices.

What took place in the 16th century on Cuba is an interesting phenomenon. Although Christianity was very aggressive about gaining new followers, they weren’t entirely successful.

Many people who lack information on Santeria believe it to be a form of witchcraft. The followers of this belief join in mysterious rituals, which are often misunderstood and demonized by people who have no knowledge about them. Santeria is full of rituals that make non-believers suspicious of its followers. Apart from the numerous deities, an important part of the faith is ritual sacrifices. The animals slaughtered by Santeria followers are usually chickens, but sometimes other animals are used as well. The sacrifice is seen as a way to please the Saints. Santeria followers hope that it will bring them good luck. Their rituals are also linked to original rhythmical music. It all creates an illusion of having connections to “dark powers” for some people. Researchers see different reasons for this perception. As Michael Perez described:

”The best ways to attack the issue of relating Santeria and brujeria (witchcraft) is to inform people of their ideas and goals; and the reason they have for using sacrificial rituals. Not for proselytizing, but informing others of their true goals. “The basic mission of Santeria is to help with the normal, everyday trials and tribulations of ordinary life, including basic problems dealing with health, love, or money” (De La Torre, page 5). Giving other non-practitioners a chance to understand your religion is not against their set of rules, it should not be considered to be private. Santeria should construct an instruction system all to make it easier to distribute the ideas among themselves. They can still encourage new ideas and different interpretations without damaging the main purpose of the religion. As well as an organizational system to make sure that everyone in the world is informed of the new ideas and interpretations are known to everyone. I mean these systems to be purely communicational not controlling; if it becomes a controlling system then it should be replaced by another, because it would disturb the essence of our own ideologies.”

The argument of Santeria being witchcraft is often used by the people who don’t understand the meaning behind it and those who want to defeat the growing religion. It is especially a common argument used by Christians against this belief system. However, some people still go to Santeria followers who offer them charms, potions, and spells. This religion that was created out of slavery, cruelty, and the unexpected mixing of different cultures and nations has about 75 – 100 million followers these days. Interestingly, Santeria is one of the fastest growing religions in the United States. Moreover, up to 80% of the Cuban population claims to have some connection to Santeria. The religion that has grown from the tears of slaves now conquers the hearts of new followers.

With the trauma of immigrant round-ups, would undocumented families be better off 'self-deporting?'
Comment
New app lets detained immigrants alert loved ones