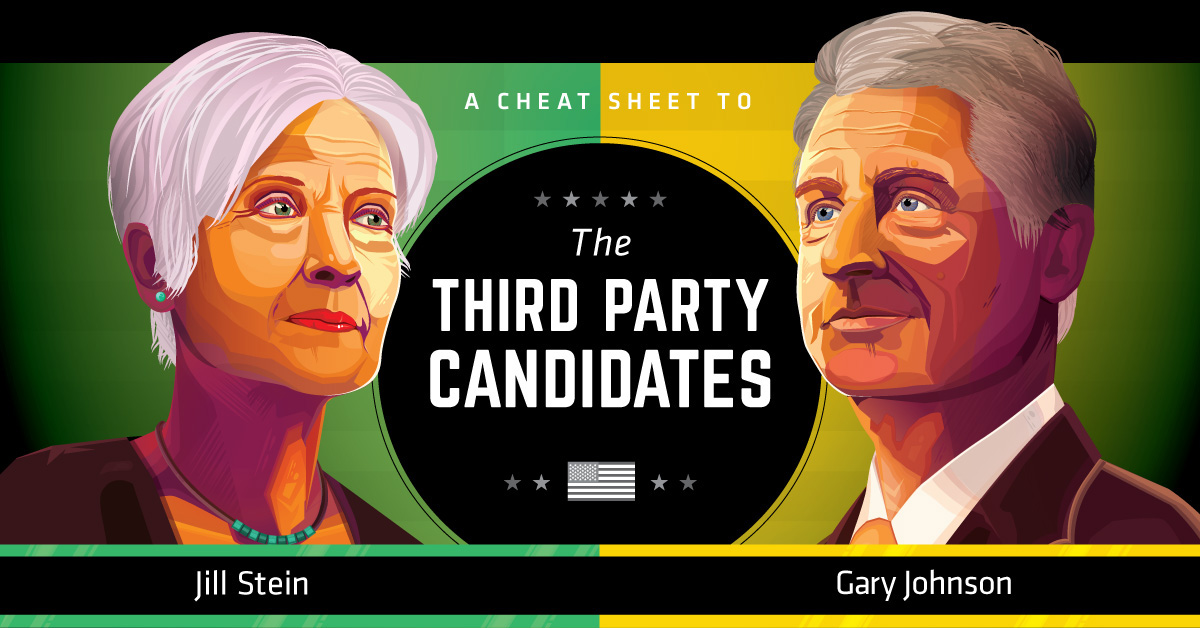 Green Party candidate Jill Stein does not see herself as a spoiler in the 2016 presidential race.

Her voters, Stein claims, would not have come to the polls had she not been in the race.

But what if Stein were wrong and she didn’t bring new voters to the polls? The number of votes Stein got in Michigan and Wisconsin exceeded the gap between Clinton and Trump in those states. If you assume that Stein voters were more liberal than conservative and therefore more likely to support Clinton than Trump, Stein could have been a spoiler in those two states.

Of course, winning Michigan and Wisconsin would not have given Clinton the presidency. But the question of whether third-party candidates expand the electorate has important implications in last year’s election – and in presidential elections in general.

We are scholars of politics and the presidency, but you don’t need to be an expert to know that a shift or addition of just a few thousand votes in one or two key states can determine the outcome of a presidential election. In other words, a handful of voters in the right place at the right time can truly change the course of American history.

And so, we decided to test the notion that third-party candidates increase turnout in presidential elections.

To start, we collected voter turnout data going back to the election of 1868. That election was the first after the Civil War and represents the earliest days of the modern two-party system.

We found that not only do third-party candidacies fail to increase turnout, they are actually associated with a statistically significant reduction in turnout. Put simply, fewer people vote in elections in which third-party candidates receive a substantial portion of the vote.

Be careful. That’s not the same thing as saying third-party candidates reduce turnout.

We think it’s unlikely that third-party candidacies actually dampen turnout. Rather, we believe that their success represents dissatisfaction with the choices offered by the two major parties. Voters are then less likely to turn out, and those who do are more likely to choose a third-party candidate.

We would like to test that theory by examining voter attitudes at the individual level. This would involve isolating and comparing the voting behavior of third-party voters with the general voting population in large-scale national surveys such as the American National Election Study.

In the meantime, there are some much more plausible explanations for our results. It may be that third parties encourage the turnout of new voters – as Stein claims – but that what is happening at the same time is that the major party candidates dampen turnout even more. That scenario seems unlikely to us simply because it involves too many moving parts.

The more likely explanation, we believe, is that there is an existing pool of habitual voters and that third-party candidates draw their support from voters who would have gone to the polls anyhow.

This hypothesis is supported by research that suggests the decision to vote is not necessarily motivated in the same way as the choice between candidates. Most voters first make the decision to vote, and only then choose for whom to vote. Most voters go to the polls out of a sense of obligation and patriotism, not in support of an individual candidate. These voters who are motivated out of habit or by a sense of civic duty are what we call habitual voters.

The number of habitual voters may vary marginally according to the rules of the game. Making voter registration more difficult or elections less competitive tends to dampen turnout.

It is also the case that expanding the right to vote has had the perverse effect of appearing to lower voter turnout. As the pool of eligible voters increases, the turnout percentage decreases.

On the other hand, our results show that the Voting Rights Act had the effect of significantly increasing turnout because it expanded participation within an existing voter pool.

But the overriding fact is that when controlling for the expansion of the voting pool, turnout does not vary widely from one election to the next. That suggests that most voters go to the polls because they want to vote, not because they are motivated by any particular candidate. The one exception to this rule appears to be Ross Perot’s candidacy in 1992. But the one thing that distinguished his candidacy was the US$100 million of his own money he had to spend. By way of contrast, Jill Stein raised and spent about $3.5 million in the latest campaign cycle.

In the 2000 election, Ralph Nader’s candidacy affected the outcome in Florida. Nader campaigned actively in Florida and received about 97,000 votes. The winner in Florida between Bush and Gore was determined by less than a thousand. As a result, the Nader campaign swung the election in a direction that from his and his supporters’ perspective was less favorable than the election of Al Gore.

Of course, third-party candidacies can promote ideas out of the mainstream. However, our research suggests that voters need to think long and hard about voting for a third-party candidate – especially if they live in competitive states.