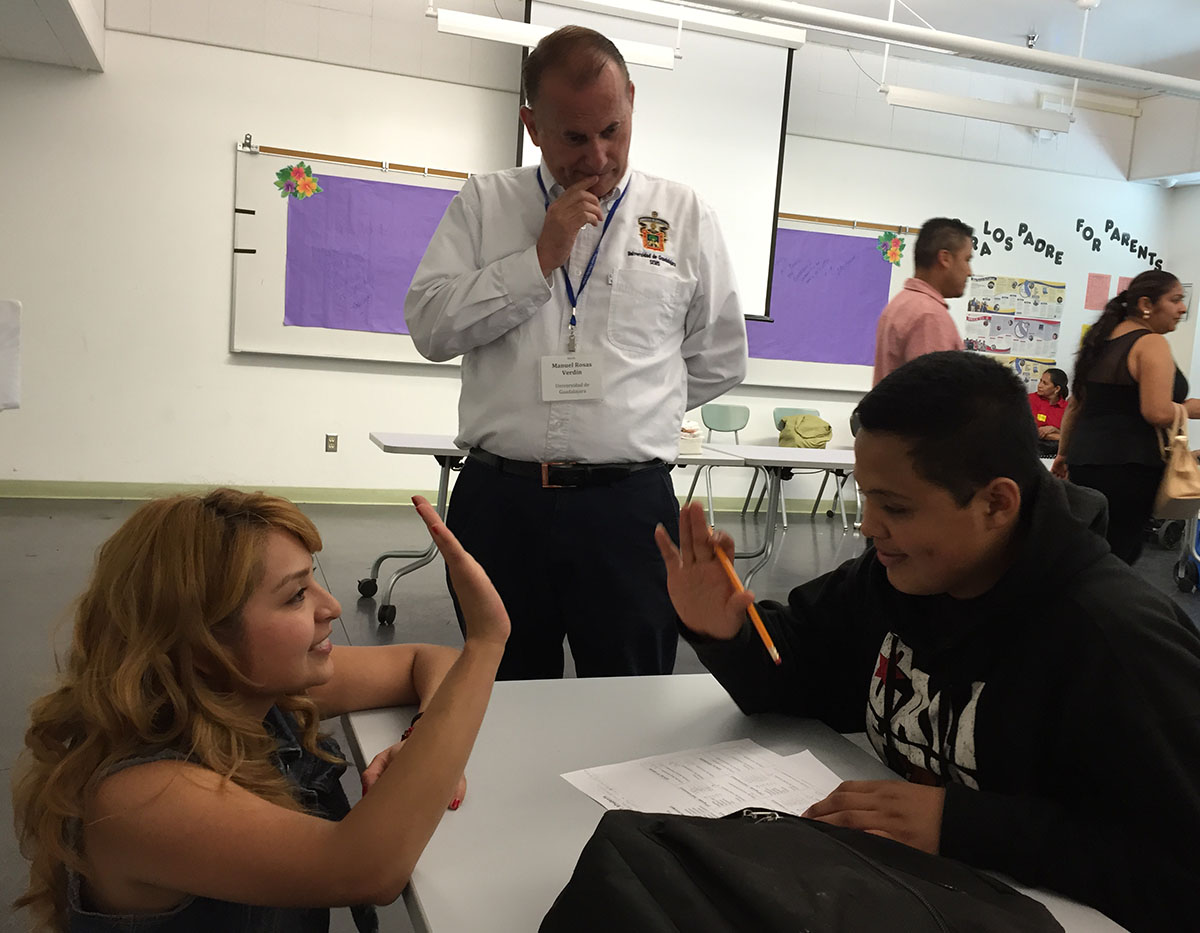 Sarah Tully of EdSource reported last week that educators from UCLA and the University of Guadalajara in Mexico collaborated to design the curriculum, which incorporated online lessons in Spanish and English — something that could prove useful in both American and Mexican classrooms. The developers are calling it Project SOL — secondary online learning.

The curriculum might be used in Los Angeles classrooms as soon as this fall, where officials have deemed the lessons “promising.”

Patricia Gándara, co-director of the UCLA Civil Rights Project/ Proyecto Derechos Civiles where Project SOL is based, said the program is one of the few of its kind to incorporate schooling from both the United States and Mexico. In an article for the university, she said:

The estimate is that 450,000 U.S.-born citizen kids are now living in Mexico, trying to go to school there. In this regard, Mexico is exactly like the United States, in that it is not clear how to address the educational needs of these students.

So many either get pushed out, or become discouraged and drop out of school, which is a disaster for both countries. This is one of the greatest challenges identified by the UC-Mexico Initiative’s Education Working Group, and the intent is to try to bring these education systems into alignment so that one benefit is for the kids to not have to suffer as a result of moving back and forth across these borders.

Tully quotes other experts, who say finding native-language instructional materials to assist English-language learners was hard enough before Common Core was implemented. And now that publishers are focused on producing materials that align with the standards in English, it’s even more challenging.

Gándara said the need for Spanish-language instruction in math is greater than in other subjects, where students often have better luck getting the help they need. Next year, the group hopes to add geometry and algebra II.

This summer’s pilot program participants were recent immigrants who had been in the United States for less than a year. Thirty-six completed the course in July, and their experiences could prove helpful to officials who will decide whether to implement Project SOL in the Los Angeles Unified School District, which tops the charts for most English-language learners in the country.