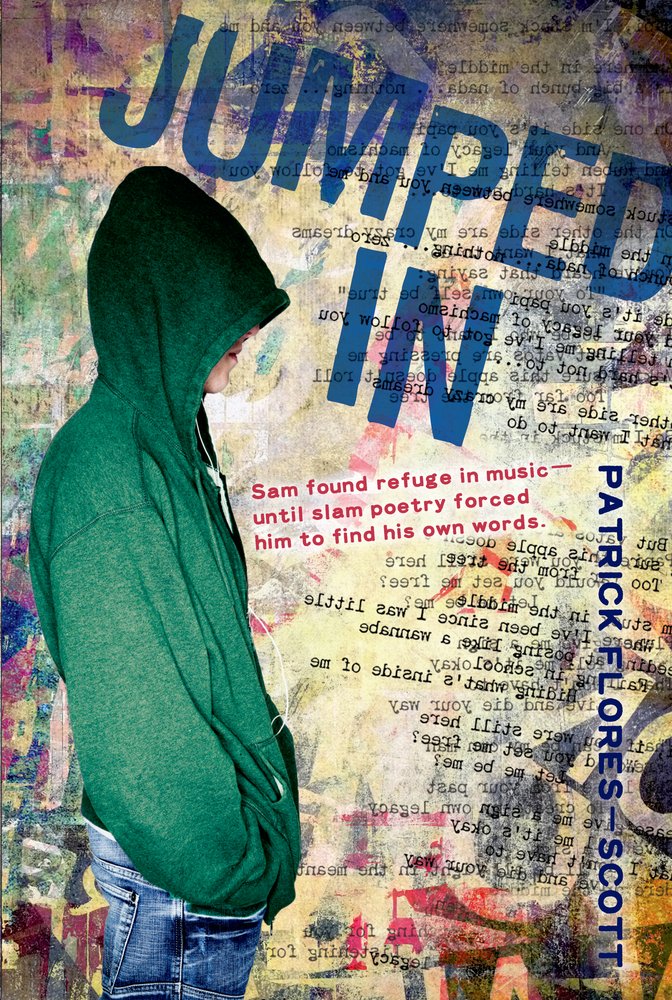 Please tell us about the most recent diverse book you published.

I recently published Jumped In by Patrick Flores-Scott. This novel is about Sam, a Mexican American teen who’s in a depressed state due to the breakdown of his family. He’s pretty much getting by in life by being a slacker, always remaining under the radar so he can fade into the background. But then he’s paired in English class with the much feared Carlos, a Latino who is said to be in a hardcore gang. Together the two team up in a poetry slam contest and emerge, after much introspection and hard work, as very capable, talented students. It’s a book about breaking boundaries and stereotypes, as well as friendship, tragedy, and the power of words.

What is one factor holding you back from publishing more diverse books?

Nothing is holding me back from publishing diverse books — it’s very much something that I feel passionate about doing. I don’t feel I see enough submissions about diverse characters just living in the world and experiencing life through strong storytelling. In other words, submissions where the story is the story and the characters just happen to be Latino or African American rather than their diversity driving the storyline. I tend to see more agenda-oriented books on the topic and these can be harder to position and market, and are often less appealing to young readers.

Who would you consider to be a diversity pioneer in children’s and/or young adult literature?

If you have an author who wants to write about characters outside of his/her own background, how do you generally handle that?

Last year I published When We Wuz Famous by Greg Takoudes. This book is about a Latino teen living in Spanish Harlem who gets a scholarship to a prep school and thinks it will be his ticket to a better life. Once at school, he realizes that racial stereotypes are nearly impossible to break and before he knows it, his once bright future is shattered.

The author Greg Takoudes is not a Latino nor did he grow up in Spanish Harlem. But he did attend boarding school on a merit scholarship and knows that world well. Greg is also an indie filmmaker and spent many months prior to writing the book, filming the movie with a cast of unknowns all living in the hood. He became immersed in the story of his characters and gained first-hand research from working so closely with the Latinos in the film.

I realize most authors are not also filmmakers but I find that authors who want to write about characters outside their own background are usually fascinated with the research and try to experience as much as they can of the group they are writing about in order to bring the story to life. I encourage this kind of research by immersion if it will help bring an author closer to his characters and world.

Tell us about your editing process. When you edit cross-culturally, how do you ensure that the book gets a culture with which you might not be as familiar “right”?

I think it’s important to do a good deal of research as an editor in the same way an author does research when writing a book. When editing books where I’m not as familiar with the culture, I tend to do everything I can to immerse myself in that world by way of extensive research (reading about and watching films related to the culture, speaking with others who have first-hand experience with that community, even listening to the music associated with that world).

Like so many authors, I love research so it becomes both a necessary task as well as a fun one; the goal being to help the author bring as much authenticity as possible to the telling. Ultimately, I welcome brilliantly written coming of age stories both historical and contemporary that highlight a different part of the world, culture, or life experience. Books of this kind can only lead to reader discovery.

If you could receive a manuscript about one culture or subculture that you don’t normally see, what would it be?

I’m fascinated with Asia and just don’t see enough submissions about characters from this part of the world. A number of years ago I published Revolution is Not a Dinner Party by Ying Chang Compestine. It’s a memoir about her youth growing up during the cultural revolution in China under Mao’s rule. I welcome more coming of age stories both historical and contemporary that are set somewhere in Asia.

Christy Ottaviano is Publisher of Christy Ottaviano Books, an imprint of Macmillan Children’s Group. Her imprint focus is on books that encourage imagination and free-thinking and speak directly to young people’s interests as they explore various milestones.