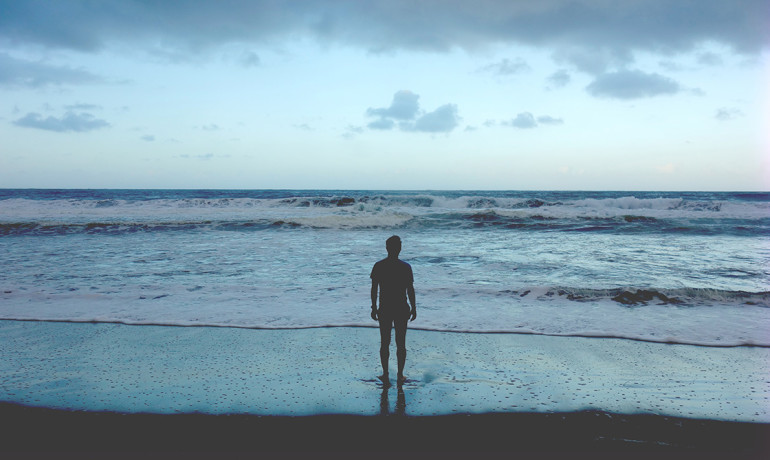 Global sea level rose faster in the 20th century than in any of the 27 previous centuries, a new analysis shows.

And scientists say without climate change, global sea level would have risen by less than half the observed 20th century increase and might even have fallen.

Instead, global sea level rose by about 14 centimeters, or 5.5 inches, from 1900 to 2000. That’s a substantial increase, especially for vulnerable, low-lying coastal areas.

“The 20th-century rise was extraordinary in the context of the last three millennia—and the rise over the last two decades has been even faster,” says Robert Kopp, the lead author and an associate professor at Rutgers University.

The study, published in the Proceedings of the National Academy of Sciences, used a new statistical approach developed over the last two and a half years by Kopp, his postdoctoral associates Carling Hay and Eric Morrow, and Jerry Mitrovica, a professor at Harvard University.

“No local record measures global sea level,” Kopp says. “Each measures sea level at a particular location, where it is buffeted by a variety of processes that cause it to differ from the global mean. The statistical challenge is to pull out the global signal. That’s what our statistical approach allows us to do.”

Notably, the study found that global sea level declined by about 8 centimeters [3 inches] from 1000 to 1400, a period when the planet cooled by about 0.2 degrees Celsius [0.4 degrees Fahrenheit].

“It is striking that we see this sea-level change associated with this slight global cooling,” Kopp says. By comparison, global average temperature today is about 1 degrees Celsius [1.8 degrees Fahrenheit] higher than it was in the late 19th century.

24 LOCATIONS AROUND THE WORLD

A statistical analysis can only be as good as the data it’s built upon. For this study, a team led by Andrew Kemp, an assistant professor at Tufts University, and Benjamin Horton, a professor at Rutgers, compiled a new database of geological sea-level indicators from marshes, coral atolls, and archaeological sites that spanned the last 3,000 years.

The database included records from 24 locations around the world. Many of the records came from the field work of Kemp, Horton, or team members Roland Gehrels of the University of York and Jeffrey Donnelly of the Woods Hole Oceanographic Institution. The analysis also tapped 66 tide-gauge records from the last 300 years.

“Scenarios of future rise depend upon our understanding of the response of sea level to climate changes,” Horton says. “Accurate estimates of sea-level variability during the past 3,000 years provide a context for such projections.”

“As geologists, we can reconstruct how sea level changed at a particular site, and progress in the last 10 years has allowed us to do so with ever more detail and resolution,” says Kemp. “Gathering together and standardizing these reconstructions gave us a chance to look at what they had in common and where they differed, both of which can tell us about the causes of past, present, and future sea-level change.”

Kopp’s collaborators Klaus Bittermann and Stefan Rahmstorf at the Potsdam Institute for Climate Impact Research in Germany used the study’s global sea-level reconstruction to calculate how temperatures relate to the rate of sea-level change.

Based on this relationship, the study found that, without global warming, 20th-century global sea-level change would very likely have been between a decrease of 3 centimeters [1.2 inches] and a rise of 7 centimeters [2.8 inches].

A companion report finds that, without sea-level rise induced by climate change, more than half of the 8,000 coastal nuisance floods observed at studied US tide gauge sites since 1950 would not have occurred. The Climate Central report, led by Benjamin Strauss and coauthored by Kopp, Bittermann, and William Sweet of NOAA, was also published today.

The Kopp-led study also found that it’s very likely that global sea level will rise by 1.7 to 4.3 feet in the 21st century if the world continues to rely heavily upon fossil fuels. Phasing out fossil fuels will reduce the very likely rise to between 0.8 and 2.0 feet.