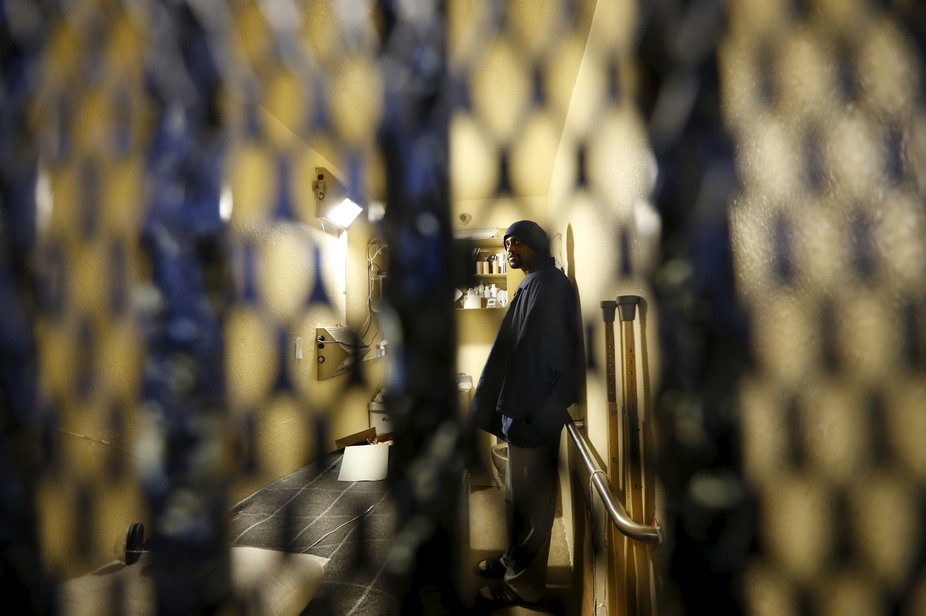 By Tony N. Brown and Evelyn Patterson
The Conversation

Mass incarceration damages individuals and communities in ways that scholars are just starting to explore.

New research that we’ve published with our colleague Mary Laske Bell shows that African American men who are former inmates are irrevocably harmed by time they spent behind bars.

This finding is troubling because incarceration has increased over the last four decades due to mandatory minimums and the war on drugs. Specifically, there has been a 500 percent increase in the number of inmates over the last 40 years. Despite decreasing crime rates, the United States locks up more people than any other nation. Although home to only 5 percent of the world’s population, the United States has 25 percent of the world’s prison population.

Furthermore, our judicial system is inefficient. Men and women who have not been convicted of a crime, rot in unsafe, overcrowded and understaffed jails waiting for their day in court. This is especially true in large urban areas. For example, inmates in Chicago’s jails in 2015 served the equivalent of 218 years more time waiting for trial than the sentences they would ultimately be given. Housing the inmates for this extra time cost taxpayers $11 million.

The money may be the least of it. Consider the case of Kalief Browder, who was 16 years old when arrested and who spent three years in Rikers Island – including two in solitary confinement – before his case was dismissed. The trauma of those years alone behind bars lingered. At 22, Browder committed suicide.

It gets worse: Lady Justice is far from colorblind.

African Americans constitute nearly 1 million of the 2.3 million persons incarcerated and are incarcerated at nearly six times the rate of whites. One in three African American men will experience prison; white men’s risk is just 6 percent. Hispanic men are almost three times as likely to be imprisoned as non-Hispanic white men. The poor are also disproportionately represented behind bars.

The wives, girlfriends and children of African American men who go to jail or prison suffer collateral damage. Studies show that the children of inmates do less well in school and exhibit behavioral problems. In addition, women partnered with inmates suffer from depression and economic hardship.

One might assume that being released from jail or prison would represent an opportunity to make good on commitments to be a better person and return to normal life. If incarceration actually rehabilitated inmates, then that assumption would make sense. But alas, it does not, despite what many people believe.

Evidence instead suggests that being locked away scars, stigmatizes and damages inmates. A history of incarceration has been linked to vulnerability to disease, greater likelihood of cigarette smoking and even premature death.

The psyche of the formerly incarcerated

Our new study looked at how having a family member locked up related to psychological distress (a measure of mental health) among African American men, some of whom have done time. There is not a lot of data from respondents about their history of incarceration. The assumption is that no one wants to disclose that they were locked up. And most scholarly attention focuses on collateral damage, neglecting the experiences of the formerly incarcerated.

Using existing survey data from the National Survey of American Life, we invoked the stress process model to predict psychological distress. We asked if familial incarceration was a stressor that went above and beyond the typical stress people experience. We controlled for social determinants that affect mental health, including age, education, marital status, employment and childhood health. We focused on variables that helped determine the character of familial incarceration including chronic stress, family emotional support and mastery.

Going into the study, we expected that all African American men would be distressed by the imprisonment of an immediate family member. We also expected that men who had been locked up would experience even higher levels of psychological distress because they would empathize with their family member who was currently behind bars.

We were right on one count. Men who had never been incarcerated did experience high levels of distress when a family member was locked up.

After re-checking the analyses for errors and finding none, we speculated that formerly incarcerated African American men may feel no empathy for their immediate family members who were currently in jail or prison.

Lack of empathy may be a valuable survival strategy in jail or prison, but our findings imply that this “empathetic inurement” follows these men back into the community.

We think that formerly incarcerated African American men return home to families and communities that desperately need them changed in a terrible way. They may be tone-deaf when it comes to recognizing the suffering of their currently incarcerated family members. Even more, they may be unable to act as model citizens or good husbands or loving fathers.

Remember that we aim to punish offenders such that they better respect the rights of others and follow the norms associated with responsible citizenship. Cesare Beccaria, the father of criminology, taught us that the purpose of punishment was to prevent future crime.

But do we treat former inmates as full members of society? In 34 states, people who are on parole or probation cannot vote. In 12 states, a felony conviction means never voting again. In addition, prior incarceration can affect one’s ability to secure certain federal benefits or get a job.

These facts indicate failure of the punishment imperative and demonstrate that reform is overdue. This is especially true given the results of a recent study that showed some black men will spend almost one third of their lives in prison or “marked” with a felony conviction.

Prospects for the future

The United States spends about $80 billion yearly on corrections. As such, the economic crisis of 2008 ignited debate about how to decrease incarceration in the United States.

Policy makers soon discovered that there was nothing simple about reducing the incarceration rate.

Allowed to continue unreformed, mass incarceration will shape our nation in ways that should repulse anyone who values the correlated concepts of freedom and redemption. Unless we consider mass incarceration a moral and policy failure, it will splinter already fragile families and communities. That will ultimately hurt our entire nation.