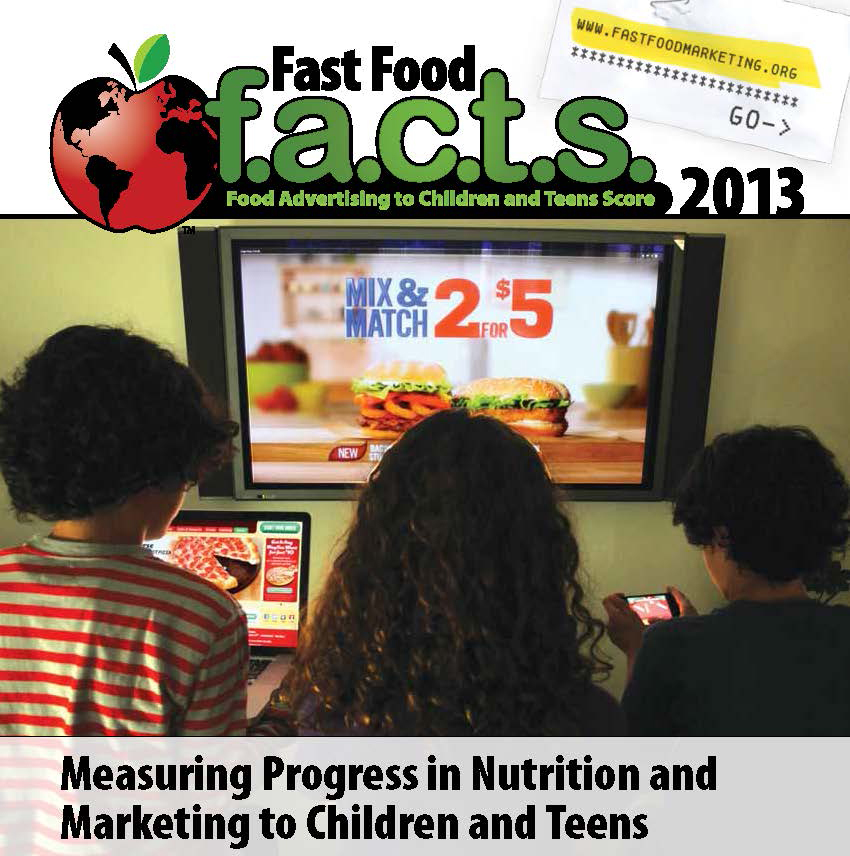 Fast-food restaurants continued to target black and Hispanic youth, populations at high risk for obesity and related diseases, according to a new report.

Spanish-language fast-food advertising to Hispanic preschoolers increased by 16%, according to Fast Food FACTS 2013. The report, by the Yale Rudd Center for Food Policy & Obesity, examines the nutritional quality of fast food and how 18 top chain restaurants market their foods and drinks to kids.

In 2012 the fast food industry spent $4.6 billion to advertise mostly unhealthy products, and children and teens remained key audiences for that advertising.

The report highlights a few positive developments, such as healthier sides and drinks in most restaurants’ kids’ meals, but also shows that restaurants still have a long way to go to promote only healthier fast-food options to kids.

“There were some improvements, but they have been small, and the pace too slow,” said Marlene Schwartz, Rudd Center director. “Without more significant changes, we are unlikely to see meaningful reductions in unhealthy fast food consumption by young people.”

Digital marketers in particular are savvy about using music, Latino spokespeople and other means to link cultural values and beliefs with certain food brands and products—the new report shows that fast food marketing via mobile devices and social media has grown exponentially from 2010.

“The marketing of unhealthy food concerns the Latino community because nearly 40% of Latino youths are overweight or obese,” said Dr. Amelie G. Ramirez, director of Salud America!, a national Latino childhood obesity research network based at the Institute for Health Promotion Research at the UT Health Science Center at San Antonio. “Everyone wants their kids to live long and healthy lives, and we know that being overweight or obese children are at greater risk for serious health problems.”