Getting to know — and celebrating — today’s Indigenous Leaders 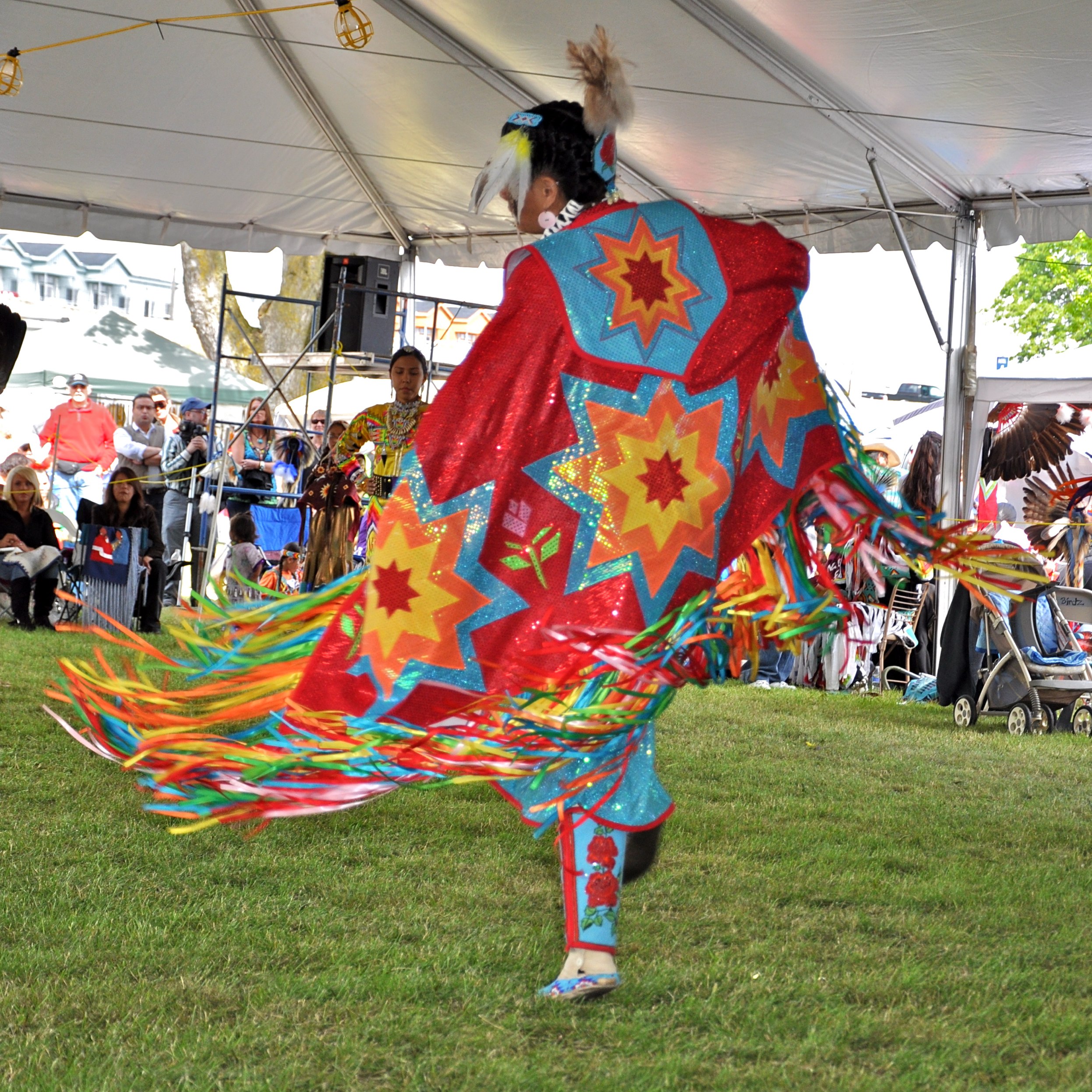 October 13 was Indigenous Leaders Day! The Leaders who are highlighted below were nominated for their Indigenous leadership – whether through honoring their culture, defending native food sovereignty, providing healthcare, or simply serving their communities.

Clayton Harvey is White Mountain Apache from the Fort Apache Reservation. His vision and motivation have been integral in creating community programs at Ndee Bikiyaa, The People’s Farm that teach Indigenous food harvesting and agricultural methods. Encouraging healthy eating habits to prevent diabetes his goal. To learn more about Harvey’s work, check out this article about The People’s Farm, and this video interview with Clayton Harvey.

Dr. Leland Leonard is the chief executive officer for the Tséhootsooí Medical Center and Nahata Dzill Health Clinic in Fort Defiance, AZ, and has many accolades in serving his community throughout his lifetime. Dr. Leonard has served as a mental health clinical consultant to Navajo Nation Head Start; served the Navajo Nation as director of the Department of Diné Education; co-founded the Urban Indian Summit, a voice for urban Indians, as well as a political/leadership group now known as Native American Community Organizing Project; and many other accolades.

He was also CEO of the Phoenix Indian Center, which provided services to urban Indians of metropolitan Phoenix area. There, he was actively involved in a successful community mobilization project regarding economic, health and political issues to benefit urban Indians of the greater Phoenix area. While serving as an Advisory Board Member of the three Arizona State higher education institutions, Dr. Leonard was a catalyst in starting the first American Indian Studies Program. Dr. Leonard has also established five outpatient Day Treatment Programs for the mentally ill on the Navajo Nation and in Prescott, Arizona. Friends and colleagues of Dr. Leonard consider him a “visionary, resourceful person who gets the job done”.

Leland was born and raised on the Navajo Nation in Chinle, Arizona. His maternal clan is Tsénjikini (Cliff Dweller) and Tótsohnii (Big Water) is his paternal clan. His parents and grandmother taught him the Navajo traditional way of life. Dr. Leonard started with the former Fort Defiance Indian Hospital as his first order of business to turn the name back to Tse’hootsooi’ Medical Center giving the traditional identity back to the people, the ownership was once again secure.

He has provided over 900 jobs to Professional Dine’ tribal members so they could move home, support their families, and carry on the legacies and traditions of the people. He also eliminated Columbus Day on the corporate calendar at the hospital! His engagement with the community has empowered them to take control of their health and engage in not only treatment of chronic diseases, but prevention and educational activities as well.

“It is time to stop putting band aids on these deep wounds. We are going upstream to fix these problems. Who else is going to do it?” – Dr. Leland Leonard

Elicia Goodsoldier is on the frontlines of a new field of work in mental health, the time for which has arrived in Indian Country- healing from traumas – past, present, and ongoing – utilizing a blend of traditional healing and modern scientific developments for each native community that is ready to start its own healing journey.

She takes her efforts to local communities, urban and rural, Native and non-native, and sparks discussion, new discovery, and understanding. Her message shows that individual healing and tribal/community healing go hand-in-hand. Her work in mental health fosters the re-growth and revitalization of tribal traditional knowledge and language.

Elicia has continuously worked to raise awareness for the lack of behavioral health resources in reservation communities and the need for public policy changes at the national level in mental health awareness, and she was a founding member for the Cultural Competency Advisory Council in the Division of Behavioral Health in Colorado.

When Elicia saw that there was a need for more culturally aware and responsive outreach to multicultural communities in the Denver metro area, she helped found the Diversity and Inclusion Advisory Council for the National Alliance on Mental Illness, Colorado Chapter. She works to educate mainstream behavioral health care providers about native issues and mental health care issues, and frequently speaks on the importance of understanding historical and intergenerational trauma and mental health impacts, among American Indian and Alaska Native communities and the local Denver area community.

She is also leader of the behavioral health committee of that Commission, which looks at mental and physical health gaps and needs of the urban Indian community in and around Denver.

In her short 15 years, Cierra was named Champion for Change by the Center for Native American Youth, and is the youngest and first youth Native American delegate to the United Nations 58th Commission on the Status of Women. She was selected by Rev. Dr. Bernice King and the White House to read Dr. Martin Luther King’s “I have a Dream” speech during the Let Freedom Ring Event in Washington D.C., honoring the 50th Anniversary of King’s historic march on D.C.

Cierra is also a 2014-2016 National Congress of American Indians Youth Cabinet Member. Cierra is a two-time melanoma cancer survivor who travels across the U.S. to discuss cancer prevention and the lack of appropriate care among Native populations. She has guest lectured at the Indian Child Welfare Working Group in DC, N.E.R.D.S. Gathering in California, and at the Thrive Conference in Oregon. Cierra writes, films, and produces PSAs for Cherokee Nation highlighting Violence Against Women, Sexual Assault Among Native Women, and Cancer education.

She is currently working with Attorney General Todd Hembree of Cherokee Nation to increase the legal age of consent from 14 years to 16 years. Cierra has created a donation drive for 3 years to collect items needed by the One Fire Victim Services who serve those who have been sexual or physically assaulted.

Cierra also created the Charles Head Memorial Native Youth Summit which served 212 youth from 19 tribal nations from the US and Canada. Cierra also lobbies both House and Senate to make decisions to improve native healthcare including mental health treatment. She won the Violet Richardson Award, President Obama’s Volunteer award, and the Bronze Award from Prudential Community of Spirit Award for her thousands of hours educating Native Youth.

In her “free time” Cierra is a Jingle Dancer for healing of her cancer and prayers for those suffering too.

Shenandoah is a GRAMMY award-winning and 12-time Native American Music Award winning artist. According to her website, “her original compositions combined with a striking voice enable her to embellish the ancient songs of the Iroquois using a blend of traditional and contemporary instrumentation.

Ms. Shenandoah’s music reflects the indigenous philosophy and culture, which continues to have a profound effect on the world today. From traditional chants to contemporary ballads about Native ways, her music has been described as an emotional experience, a “Native American Trance”’.

Joanne’s incredible work on behalf of Native people ranges from her position as national chairperson for the US Attorney General’s Task Force to Prevent Child Abuse on Indian Territory, to her co-founding of the Hiawatha Institute for Indigenous Knowledge, to her creation, with Ellen Bello, of the Native American Music Awards. Joanne and her husband Douglas George Kanentiio also provide educational programs all over the world to audiences of every nature.

Guest Voz: Latest report on Latino dropouts is one to celebrate while understanding más work needs to be done
Comment
Song inspires writer to search for nameless victims in ‘Deportees’ plane crash