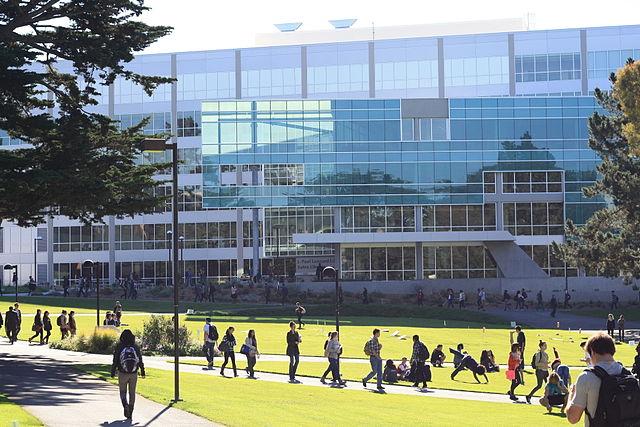 The nation’s first and only freestanding College of Ethnic Studiesis struggling to pay its debts.

The administration of San Francisco State University announced recently that the institution has been footing a $200,000 annual deficit for the college — something it can’t continue to do. The program has until after the 2016-17 school year to come up with a plan for future years.

Otherwise, some worry it may be forced to cut funding for the college’s César E. Chávez Institute for research and the Student Resource and Empowerment Center, as well as some graduate-level courses and new hires. Faculty say such cuts would incapacitate the program.

Before a packed Feb. 25 meeting with students and faculty of the program, SFSU President Les Wong said the college had been asked to adapt to a new budgetary discipline, NBC News reports.

When asked about the new budgetary discipline Friday, Monique Beeler of the SFSU communications department said in an email that the president has asked each of the university’s six colleges to form a budget advisory committee made up of students, faculty and staff. The committees’ reports will be taken into consideration as part of the budget review process, “which may include re-assessing the needs of individual colleges, including the College of Ethnic Studies.” Currently, there are no planned budget cuts for any of the colleges, she said.

The College of Ethnic Studies was born out of a historic student strike that lasted for five months in 1968 and 1969. Led by the Black Student Union, Third World Liberation Front and community leaders, activists demanded equal access to public higher education, more minority faculty, and a curriculum that would embrace the history and culture of all people, including ethnic minorities, according to the university’s website.

The program offers undergraduate degrees in Latina/Latino, Asian American, American Indian and Africana studies, as well as master’s degrees in Asian American studies and ethnic studies. Students can also minor in Arab and Muslim ethnicities diaspora, as well as race and resistance studies.

The budget crisis comes at a time when interest in these degrees is growing – as is the Latino student population at the university, College of Ethnic Studies Dean Kenneth P. Monteiro said in a statement. He also cited institutional research showing that SFSU students who take ethnic studies courses are more likely to graduate than their peers who do not.

Monteiro and others argued the college had been habitually underfunded by Academic Affairs, “guaranteeing an artificial deficit.”

Colleen Flaherty of Inside Higher Ed reports that the college’s basic operating budget is around $5 million, but post-recession funding it receives from SFSU does not reflect that.

“Last year, for example, Ethnic Studies received an initial budget allocation from Academic Affairs of $3.6 million, with additional allocation of $1.3 million, and ran a deficit of about $244,000, according to information from the university. But Monteiro said that those allocations added up to $275,000 less than was required to pay mandatory salaries,” she writes.

Wong acknowledged in an interview with Inside Higher Ed that the College of Ethnic Studies may well be underfunded as a result of recession-era cuts. In exchange for covering the additional $200,000 this year — which Flaherty notes would have previously come from Academic Affairs, and not the president — he’ll engage in longer-term talks about the college’s future.

SFSU, which is part of the California State University System, is recovering from system-wide budget cuts and consistent underfunding, Wong said in a Feb. 29 statement. ”However, our five values of Equity, Community, Resilience, Courage and Life of the Mind will see us through the decisions that will enable the College of Ethnic Studies to continue to thrive and serve our students for decades to come.”