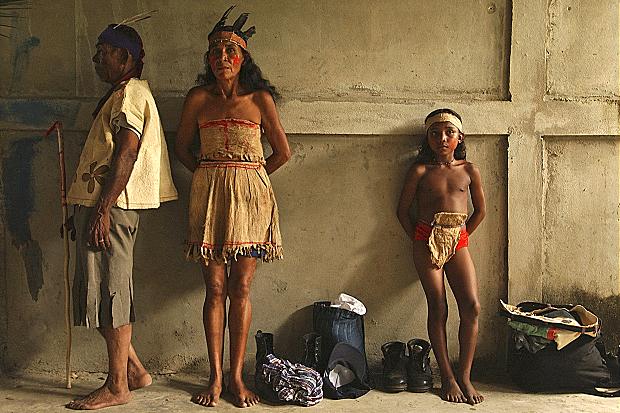 The Miskito people of Honduras have been granted land title to approximately 1.6 million acres of territory along the Honduras/Nicaragua border and the Caribbean coastline, an area known as the Cape of Gracias A Dios.

The Miskito received title to an additional 265,000 acres in this area the previous year, and have also been promised 3,090 square miles of land in and around the Rio Platano biosphere reserve, part of the most biodiverse tropical rainforest territory in Honduras. The total amount of land granted amounts to about 7 percent of the Honduras’ national territory.

As executive director of the National Agrarian Institute Reynaldo Vega says, “This will allow [the Miskito] to defend themselves against third parties who illegally make use of the area’s natural resources. Foreign companies that operate in the area will have to talk to the Miskito first.”

Mining, oil, lumber, and gas companies have all been eyeing the land for exploration and exploitation, as well as big ranchers who hope to cultivate the area. Gracias A Dios has also become a key site for entry of illegal narcotics, primarily smuggling cocaine from South America into Central America and the United States.

However, negotiations are not the primary concern of the Miskito. “It’s not a question of negotiation with companies, but rather one of guaranteeing the rights of the people,” says Norman Goff, president of the Miskito community group Moskitia Asla Takanka (MASTA).

Though only 10 percent of the land is arable, the rest being of high soil salinity or acidity, it had been suggested that the Miskito can improve the soil quality by widespread yucca planting. However, the Miskito are first and foremost concerned with protecting the tropical rainforest.

Though 40 percent of Honduras is forest, the country has one of the highest deforestation rates in the world. Between 1990-2005, Honduras lost 37.1 percent of its tropical forest.

At the suggestion that the new land title will allow the Miskito to participate in the UN REDD program (Reducing Emissions from Deforestation and Forest Degradation in Developing Countries), Goff replied,

“We have been doing REDD for 500 years. Now we will be able to teach others how we have protected our forests and natural resources, and benefit from our role in helping the world that wants so badly to stop destroying the forests so we can slow climate change. This is our tradition; our duty is to protect the forest.”

Though some news sources are referring to this land granting as a generous “gift” to the Indigenous Peoples of Honduras, the Miskito have actually been entitled to this land for quite some time.

In addition to being the traditional occupants and stewards of Gracias A Dios since time immemorial, an 1859 treaty with Britain gave them authority over the land as well.

The Wyke-Cruz Treaty stipulated that the Miskito “shall not be disturbed in the possession of an lands or other property which they may hold or occupy.” The treaty has been largely ignored, though the Miskito have retained some autonomy due to their isolation.

Now, finally, nearly all the land in Gracias A Dios is titled to territorial councils – 12 Miskito, one Pech, and one Tawahka. Nearly 21,800 people in 100 different villages live on the recently-granted land.

Though they are aware that further challenges from extractive industries likely await them, the Miskito are optimistic about their recent win.

“With the recognition of the rights of the Miskito people to the lands of our ancestors, Honduras has taken a historic step that benefits all the world’s Indigenous Peoples,” says Goff. “With a substantial proportion of the total territory of Honduras now owned by Indigenous Peoples, we envision the creation of a new development agenda in Honduras, one built with guidance from Indigenous Peoples and with respect for our customary rights.”

Intrn'l Video: Discovering Pablo Ferro
Comment
If you think you're safe from Washington's dsyfunction and the federal shutdown — think again!