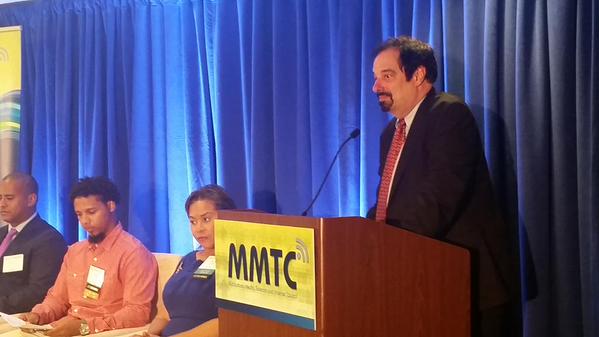 The Multicultural Media, Telecom and Internet Council (MMTC) announced the adoption of the Santana Resolution, in honor of Feidin Santana, encouraging MMTC members to become proficient in using mobile video to document public events, including voter protection and encounters with law enforcement. 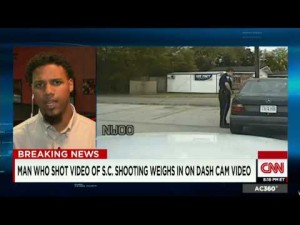 The full text of the resolution is below.

WHEREAS, throughout its history MMTC has been a champion of the use of technology to advance the causes of social justice and democracy; and

WHEREAS, MMTC members have an extraordinary understanding of and appreciation for the power and potential of technology; and

WHEREAS, ubiquitous and well-informed use of mobile video technology has great potential to document and discourage voter intimidation, and to deter police misconduct, save lives, and ultimately facilitate the amicable police-community relations that is necessary to reduce our nation’s crime rate; and

WHEREAS, the U.S. Department of Justice’s Civil Rights Division, Special Litigation Section, issued on May 14, 2012 a thorough advisory letter demonstrating that non-intrusive, respectful videotaping of police officers in public places is protected by the First Amendment; and

WHEREAS, on this 15th day of July, 2015, MMTC will confer its Extraordinary Service Award on Feiden Santana, who videotaped the murder of Walter Scott in North Charleston, South Carolina and then turned his video over to the Scott family. This Resolution is inspired by Mr. Santana’s video proficiency, personal courage and sense of justice.

THEREFORE, BE IT RESOLVED that, as a deterrent to voter intimidation and police misconduct, every member of MMTC is encouraged to become proficient in the use of a mobile device, with video capability and apps that will backup and preserve the video in the cloud, in order to non-intrusively, respectfully, accurately and lawfully document citizen encounters with those seeking to intimidate voters on election day, and with law enforcement officers year-round.

Approved by a unanimous vote at the July 15, 2015 Meeting of the MMTC Board of Directors, with non-substantive editorial privileges to staff.