Latina Lista: News from the Latinx perspective > Columns & Features > BlogBeat > To Understand Inequality in America, Look Outside of the Cities

To Understand Inequality in America, Look Outside of the Cities 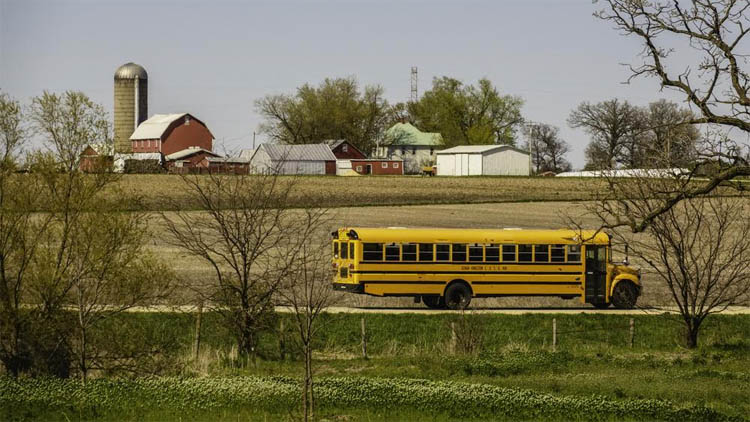 You can’t count on your phone’s mapping app to guide you in rural Alabama, Catherine Flowers says. A Lowndes County native, she recently had visitors try to find their way around using a GPS. The message they received from their device? That they were entering “uncharted territory.” There couldn’t be a more apt way to describe how American infrastructure systems treat the vast rural areas of the United States.

That’s what Flowers is working to change. The founder of Alabama Center for Rural Enterprise (ACRE) and a partner with the Poor People’s Campaign, she’s been fighting for environmental justice in her community for years, especially when it comes to issues of sanitation. During an interview for the Poor People’s Campaign audit on the structural causes of poverty, racism, and environmental degradation, Flowers talked about how Lowndes County has changed over the past 50 years. A crucial part of that conversation is plumbing, which was retrofitted to homes over that timeframe. Flowers explains that while some of the white areas of Lowndes County already had municipal sanitation, the expansion to black areas was done quickly, with shoddy construction — which is why the problem of sewage infrastructure haunts county residents to this day.

Last year, Flowers’ work made headlines when residents of Lowndes County tested positive for hookworm, a disease once thought to be eradicated in the United States, at an alarming rate. For years, Flowers has raised the issue of inadequate sanitation infrastructure in the majority-black county. The problem is so severe that raw sewage leaks into the yards of county residents, allowing the disease, associated with deep poverty, to thrive. Flowers told The Guardian  and a UN special rapporteur on extreme poverty that when she pressed authorities to treat the issue, they worked with white-owned businesses to fix their waste systems, rather than helping the county’s black residents.

Given America’s great wealth, why are pockets of the country still plagued by the parasites of extreme poverty? Lowndes County is situated on the Selma to Montgomery trail, the path used by Dr. Martin Luther King, Jr. when he led protesters in a march for civil rights more than 50 years ago. The county, which used to hold the nickname “Bloody Lowndes,” was known for its deadly racist violence. Now, politicians from around the country come to commemorate the struggles from that era, yet fail to see the pressing issues that continue to devastate the region.

Key to solving this issue is what Flowers calls the rural paradigm. “I think our fallacy has been we use an urban lens to try to come up with a template that we think fits the entire country,” she says, “and that’s not true.” Take the misguided GPS, for example. Flowers explains that the consequences of improper mapping are far higher than making a few wrong turns.
The Census Bureau might mail a single survey to one address, without realizing that several homes are located at that space. That leads to miscounting, which could lead to less funds and lost opportunities for infrastructure development. She also points out that many development-minded policies in the United States are created for municipalities and incorporated areas, so their funding structures often don’t apply to the rural areas where she works.

One concrete step towards embracing a rural paradigm? Making a point to physically visit people in their homes. Flowers cites this as a fundamental tactic necessary for rural organizing — to see people’s living conditions, and understand the circumstances they deal with on a daily basis. The next step: bring out the policymakers, as Flowers says, “so they can come up with policies to address these issues that are in the shadows.”

While this might sound obvious, it’s more difficult than it seems. Specifically, Flowers says, she often runs into a question of worth: are there enough people to make a visit “worth it” for a politician courting votes, for example, or enough money for businesses hoping to open their doors? “That’s what people say to poor communities, period,” says Flowers. “Worth it means that monetarily, how can they benefit from it.”

The question of worth also means that poor communities are seen as a dumping ground for dirty industries and policies that businesses and government wouldn’t dare to try in more affluent areas. Flowers questions this: why won’t the county work to attract business that could be beneficial for its people and environment?  And on an individual level, the question of worth shapes ideas about the rights of poor people. For example, in her work with the Poor People’s Campaign, Flowers plans to push for more renewable energy options for the poor — something that could help tackle the intertwined problems of pollution and high power bills that many poor communities face.

Flowers also notes the high cost of utilities through her advocacy work for the human right to water and sanitation. She’s connected with people involved in water struggles throughout the United States, from Standing Rock to Flint, and she’s noted some key links between those fights — namely, that residents, predominately people of color, are treated more harshly than businesses and corporations when it comes to access to water. And that’s a trend that everyone should find concerning, especially as companies like Nestle eye land grabs that could give them more control over water resources.

For Flowers, the discourse around water rights perfectly illustrates why people across the country should be fighting for justice in impoverished areas. She’s sure that the difficulties poor people face in gaining access to affordable water are a sign of what’s to come for the rest of the country. “They tried it in poor communities first because they feel there’s going to be very little resistance, and they don’t have much of a voice,” she said. “But ultimately what these people are talking about is sinister, and it’s going to impact everybody.”

Negin Owliaei is a researcher with the Institute for Policy Studies and a co-editor of Inequality.org.