Voice and Power in the Music of Native American Hip Hop 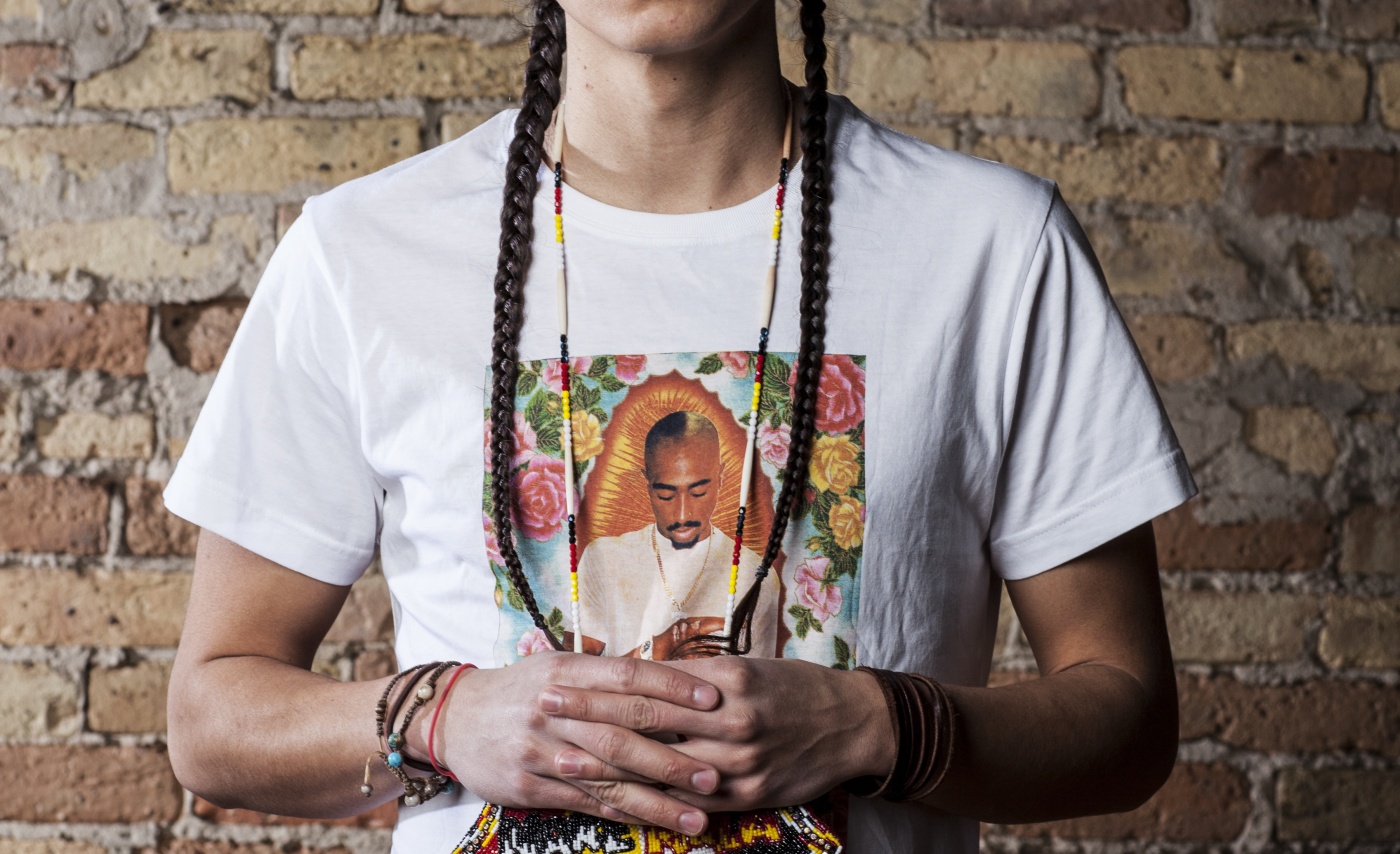 One hundred miles southeast of Badlands National Park in South Dakota, on a plot of roughly 1,400 square miles, lays the Rosebud Indian Reservation. Home to 20,000 Sicangu (“Burnt Thigh”) Lakota people, the plot was first established in 1889 as part of the broader Great Sioux (Lakota) Settlement.

Some mornings on the Reservation, when the fog is slow to burn off, it nestles in the rolling South Dakota hills and shrouds the land in silence. Yet beneath this silence beats the pulse of a people actively struggling with poverty, land rights, and natural resource extraction.

As the challenges facing the Rosebud Sioux continue to grow, so too do tribe members’ approaches to advocating for individual and collective rights. Their advocacy encompasses not only political and environmental activism, but also the use of art, dance, and music.

One creative voice that has quickly risen to the forefront is that of Frank Waln, 25, a Sicangu Lakota hip hop artist. Brought up on the Rosebud Reservation by a single mother, Waln has been mixing and creating his own music since the age of 12.

He describes his musical journey as one that began as a form of catharsis, but eventually grew into something more.

“My music became political whether I wanted it to or not, just because I was talking about my life and the history of my tribe. [For example], the feeling I get when I think about what the Keystone pipeline will do to my home and the future for me. Capturing the way that it makes me feel and putting that in a song so that no matter who you are, when you hear or see the song performed live, you’ll be able to feel that same urgency.

“I think that’s where art comes in — and music especially — in things like resistance against the pipeline. It brings an emotional element that’s very much needed.”

The potential expansion of the Keystone XL pipeline affects not only the Sicangu Lakota, but also First Nations and ranchers across Canada and the northern plains states. Should the pipeline expansion gain approval, it will likely result in widespread leaks of tar sand crude, polluted water systems, and elevated greenhouse gas emissions.

In an attempt to push back against the pipeline expansion, Plains Tribes and ranchers have formed the Cowboy-Indian Alliance. Last fall, the Alliance hosted the Harvest of Hope protest concert, which featured headliners Willie Nelson, Neil Young, and Frank Waln.

“It was a huge success,” Waln says. “There were about 9,000 people there. For me it was one of the best moments of my life, I’ll never forget. It was really cool for me as an artist to be put on that platform, with my message, representing my people.”

Waln’s decision to become active in the anti-pipeline movement drew strongly on the historical legacy of the Sicangu Lakota.

“For me, and I think for a lot of Indigenous folks, resisting this natural energy extraction on our treaty lands is just to get these countries — whether Canada or the US — to honor the original treaties,” he says. “How can America call itself the greatest country in the world if it’s guilty of genocide and it doesn’t even honor the documents that built the country? To me, that’s where Indigenous rights play into this. This is in the law, this is our land, we get to say what we want. And if we have to set up blockades to show the world that the US is screwing us over on these treaties, then we’re going to do it.”

Waln’s connection to the struggles of his people serves as a prevalent theme throughout his music. In his song “Hear My Cry,” which features the haunting traditional vocals of Cody Blackbird, he raps: “I was born red, stained with the blood of genocide / Now all mascots, the only way I’m identified / Blackhawk, Red Skin, the image of our dead men / Dressed in the headdress, my people it’s depressing.”

Yet to sequester Waln’s music into categories like “Native American Hip Hop” or “Protest Rap” seems unjust and oversimplified. His music actively addresses themes of environmental degradation, genocide, and injustice, but it also speaks to the pain and complexity of the human condition.

In the song “AbOriginal,” he describes the moments in life when we feel powerless, seeing the things we love the most slipping away from us: “Feeling like/ The King of the Damned in the Kingdom of Sand / Building castles as my freedom expands / Just to watch it fall down as the tides roll in / I’ve never seen a storm come with idle wind.”

Waln plans to continue focusing on universal and authentic imagery, and says he is especially aware of the importance of a ubiquitous message as he prepares the release of his first full-length album.

“The album I’m working on definitely has an overall story,” he says. “Creatively, with all the artists I’ve been meeting in the past year, the traveling I’m doing, the conversations I’m having, the way I’m impacting people’s lives, and the way they’re impacting my life; it’s all definitely influencing my music.

“That’s the story I’m telling because that’s my life story. Definitely the pipeline and other Indigenous issues are going to play into that because it’s part of my story, but I’m not going to be pigeonholed into making an anti-Keystone album or a Native American album.”

In this fundamental way, Waln’s music is a true reflection of its crafter, each track offering a complex weave of anger, pride, beauty, and strength. The very nature of its content lends itself to the lyrical and aggressive form of hip hop, which presents an ideal vehicle for Waln to share his message.

“That’s the foundation of Lakota music,” he says. “It’s drums and storytelling and the voice, and how you use that voice. So I think when hip hop reached the Reservation, it was talking about stuff we were going through in a way that was familiar to us; familiar down to our DNA. Down to the music that our ancestors made.”

Through the use of carefully sculpted poetics and power, Waln makes music that is accessible, but not easy. It demands of the listener what it demands of the rapper himself: the willingness to sit and to truly listen.

“I like to tell stories,” he says. “I like albums that are cohesive projects, not just random stories strung together. I’m telling my story; I’m telling my life.”