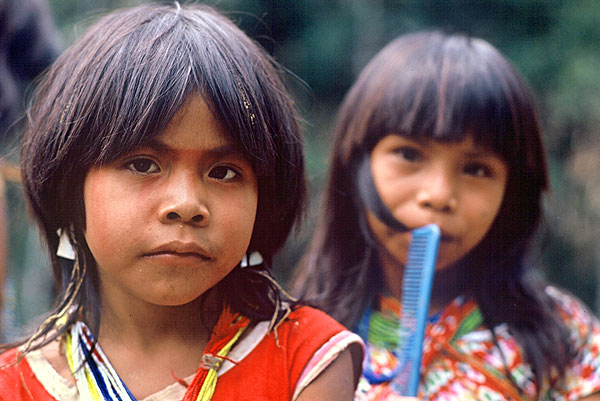 LatinaLista — It’s not only nations of immigrants, like the United States, where language is an issue, but it’s also an issue in those countries with strong indigenous communities whose native tongue may not be the official language of the country.

That’s certainly the case in Peru where the indigenous population is over four million — one million comprised of children and adolescents. According to various UNICEF studies, more than 12 percent of school-age Peruvian children speak indigenous languages as their first language, with some regions reporting 62.82% of the children speaking a language other than Spanish as their primary language.

While maintaining the native language is seen these days as preferable in continuing ties to the native culture, it’s also problematic for those who don’t speak the language spoken by the majority.

For starters, in Peru, the indigenous whose first language is an Amazonian or Andean language have significantly less access to social services. In turn, more of the indigenous live in poverty.

In an article posted on Open Equal Free:

To combat this poverty and improve the educational outcomes for indigenous children, Peruvian officials are striving to offer indigenous children a bilingual education — Spanish and their native tongue. The only challenge, which isn’t small, is that officials can’t find qualified speakers of the indigenous languages who can also teach the children in Spanish.

Until officials can solve this dilemma, the potential for the next generation of Peru’s indigenous will be lost and could redefine what a third-world country means in a globally connected, high-tech world of the 21st Century.