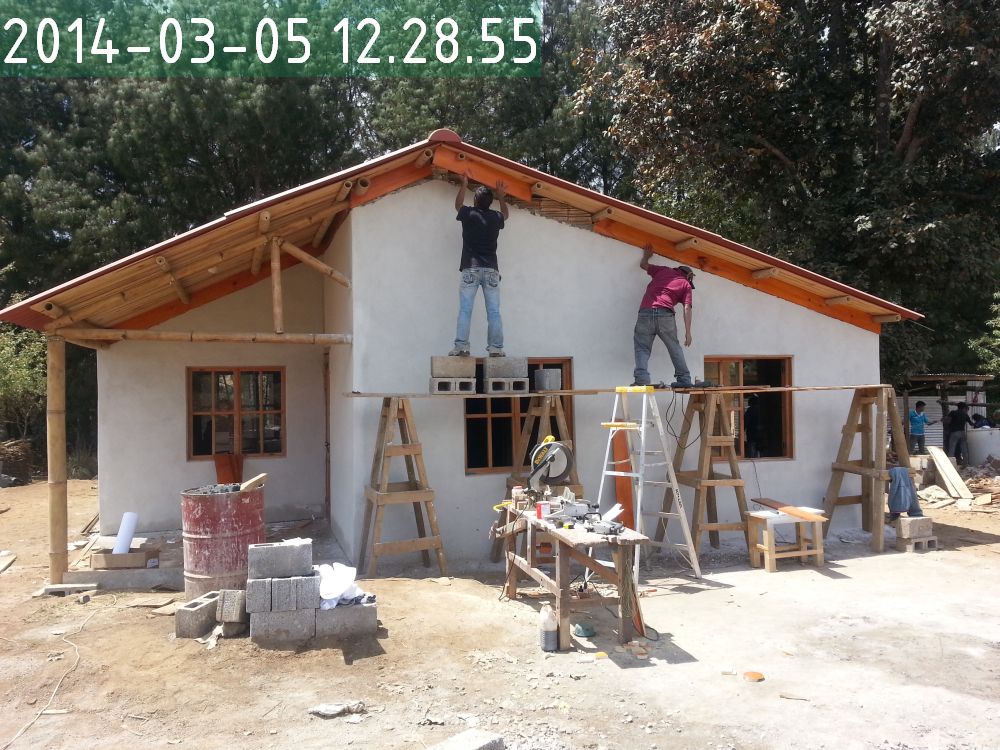 “I was searching on the internet for alternative houses – aside from block, cement and metal,” says Amilcar Cachoy. “I´ve always wanted an ecological house like this […] but I didn´t have the opportunity because the materials and resources were out of my reach. Sometimes things seem impossible but I think that what one dreams, when it´s the right time, it comes together.”

Earlier this month Amilcar Cachoy, an elementary school teacher from the small municipality of Santa Lucía Utatlán in Sololá became the owner of Guatemala´s first self-sufficient house and celebrated with an inauguration ceremony that was attended by more than 200 people.

The two-bedroom house, which is built with a bamboo frame and concrete foundation, is lined with solar panels, built to withstand earthquakes and features seven kinds of technology providing clean water, clean energy and sanitation.

Rainwater is collected, stored and filtered for use as drinking water, and water from the showers and sinks is redirected into a wetland to grow plants. Since excessive smoke inhalation is one of the leading causes of death in Guatemala, the house contains an efficient stove that burns less wood and takes smoke outside through a chimney.

The two-bedroom residence was designed by Manuel Antonio Aguilar, a Guatemalan social entrepreneur who studied Astrophysics at Harvard University before deciding to return to his home country and dedicate himself to solving social problems. In 2010 he co-founded Quetsol, a solar energy company focused on rural electrification and is now the president of CASSA, an environmental construction company that built Amilcar´s house

“The relationship [between] CASSA and Amilcar was a match made in heaven,” says Manuel. “I presented the project at numerous meetings of local leaders in the region and Amilcar himself approached me after one of the events. We are grateful that our first customer is as visionary as Amílcar, who recognized the value of a self-sufficient house and decided to invest his savings in this solution.

“We believe Amílcar will be an excellent example for the region and the rest of the country, since he will serve as a spokesman for self-sufficient social housing and living proof of the effectiveness of these solutions.”

Guatemala´s housing deficit currently stands at 1.7 million and while this model, which costs approximately Q100,000 (US$12,500), is not an affordable option for the entire country, according to the Guatemalan Construction Chamber, it is comparable in price to a house of the same size (50-square meters) made from concrete block and metal sheets.

“An appropriate social house provides its users with vital protection from the elements, physical and mental security and an adequate platform from which to develop. Gaining access to basic services such as water, energy and sanitation is something truly transformational that augments the quality and quantity of life, as well as development opportunities,” says Manuel.