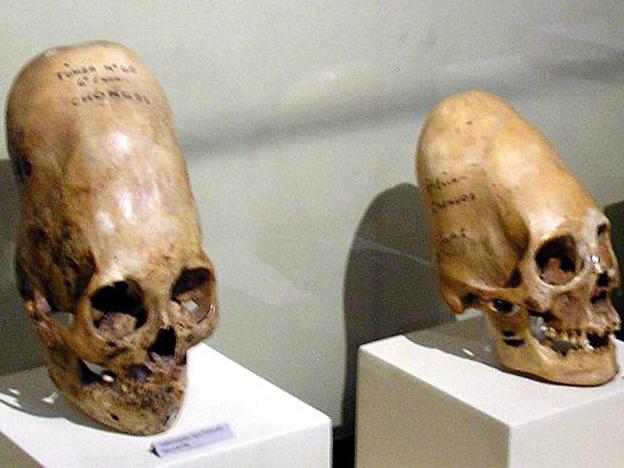 The strange 3,000-year-old elongated skulls from Paracas have been submitted to genetic analysis— and the results are rather puzzling.

The strangely-shaped Paracas skulls, first discovered in 1924 by Peruvian archaeologist Julio C. Tello, have long entranced both archaeology buffs and UFO believers alike. Now, a recent announcement from Paracas skulls buff Brien Foerster is seeming to lend credibility to the belief that the skulls are from somewhere other than earth.

The International Business Times reports that the geneticist who performed the tests has chosen to remain anonymous for the time being, but reportedly told Foerster “It had mtDNA (mitochondrial DNA) with mutations unknown in any human, primate, or animal known so far. But a few fragments I was able to sequence from this sample indicate that if these mutations will hold we are dealing with a new human-like creature, very distant from Homo sapiens, Neanderthals and Denisovans.”

The geneticist also said “I am not sure it will even fit into the known evolutionary tree.”

Before you go jumping to the conclusion that the Paracas skulls are alien (or otherwise not human), keep in mind the fact that Foerster has appeared on the History Channel program Ancient Aliens, a show that has been lambasted by the archaeological and scientific community as, to put it nicely, inaccurate.

Most scholars believe that the skulls’ strange shape is the result of intentional cranial modification.