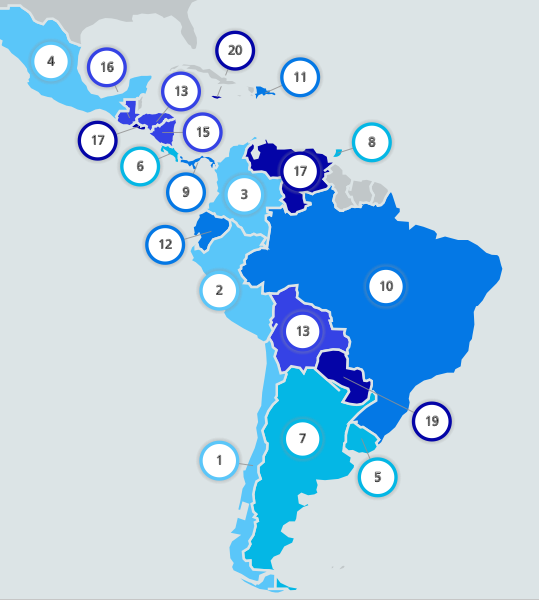 Whether it is indigenous women creating handmade products as part of a co-op or urban women seizing the helm of multimillion dollar companies, female entrepreneurialism exists in Latin America.

For the first time, the Multilateral Investment Fund (MIF) has compiled an online tool ranking which Latin American countries offer the best environment for women entrepreneurs.

Chile, Peru, Colombia, Mexico and Uruguay were the top 5 (in that order) when it came to supporting women entrepreneurs. The bottom three countries that were assessed at doing a poor job of helping women were: Jamaica (20), Paraguay (19), and a tie between Venezuela and El Salvador.

The WEVentureScope allows users to compare, chart and explore more deeply the countries on the list. For example, while the analysis found the top 5 countries excelling in all the categories, the report’s authors found that some other countries were doing outstanding work in some categories.

El Salvador offers strong support for entrepreneurs, particularly through a favorable tax system. Women in Mexico enjoy some of the best access to finance in the region. Brazil performs well in measures of childcare and elderly care.

A side observation of the index found that those countries that did provide supportive environments for women entrepreneurs also did better at building competitive economies — a must as South America strives to reach its potential in a global economy.