Mexico now ranked as a country without a free press 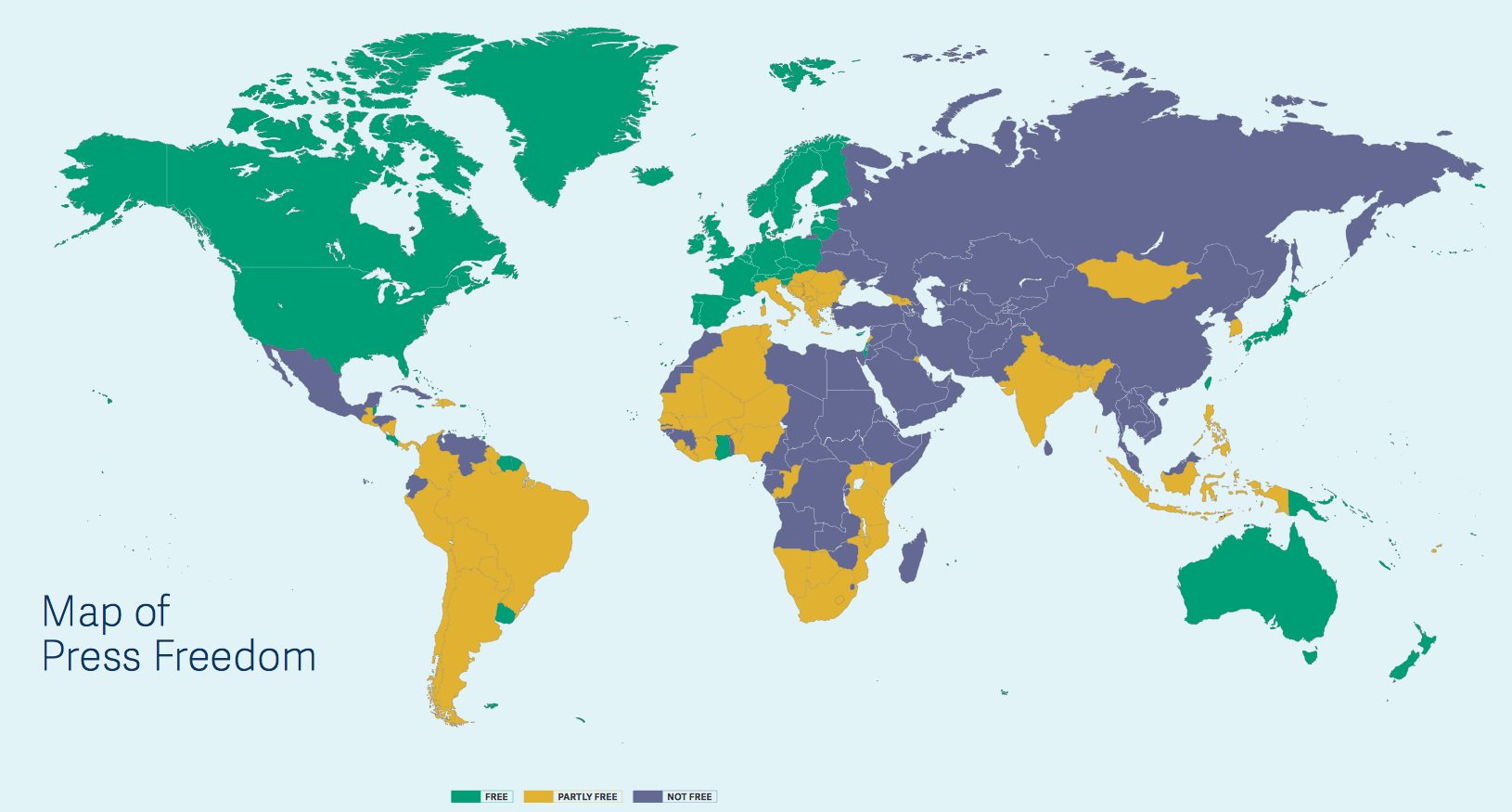 LatinaLista — According to this year’s annual report on global press freedoms by the Washington-based advocacy organization Freedom House, 2013 registered as the worst time for press freedoms in over a decade.

After consulting over 60 analysts and digging through the research of governments, rights and watchdog groups, the organization found that only 63 countries have a free press while 66 countries do not; and 68 countries are classified with a partial free press.

While countries such as Russia, China, Cuba, Venezuela, the Mideast and several nations on the African continent are no surprise to have a stronghold over their information pipeline, the report reveals one country, very close to home, that ranks equally with those communist and politically-controlled countries — Mexico.

Yet, unlike most countries, it’s not the government that censors Mexican journalists but the drug cartels who have overextended their authority in dictating what gets published. They do this by retaliating against journalists and newspapers with threats, intimidations, fire bombings and outright murder.

Unfortunately, Mexico is not the only country in Latin America where press freedoms have become a relic of the past. “Freedom of the Press 2014” discovered that only 2 percent of Latin Americans live in a “free media environment.”

Joining Mexico as a “Not Free” Country are: Honduras, Venezuela and Ecuador.

Only five countries in Latin America are considered to have a free press: Belize, Costa Rica, Uruguay, Suriname and French Guiana.

It’s a disturbing trend in an era that has afforded the majority of people the easiest way ever to elevate their voices, but who must remain silent to preserve their own lives.

#LatinaLista, free press, Latin America, Mexico
Previous Post Is Lead Exposure the Secret to the Rapid Rise and Fantastic Fall of the Juvenile Crime Rate?
Next PostLatino iPhone users high-risk for going over data plans and it's Facebook's fault

Is Lead Exposure the Secret to the Rapid Rise and Fantastic Fall of the Juvenile Crime Rate?
Comment
Latino iPhone users high-risk for going over data plans and it's Facebook's fault