Nearly Half a Million Salvadorans Connected to Street Gangs: Study 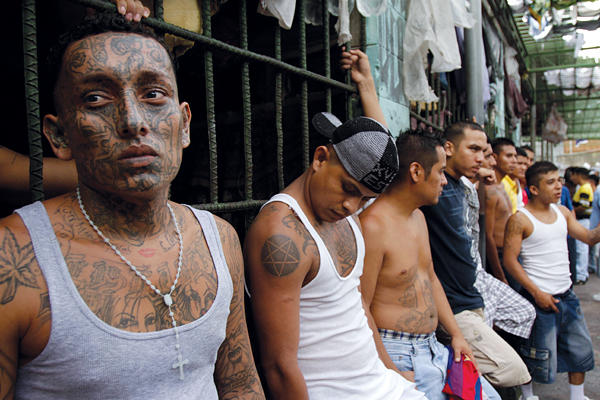 At least 470,000 people in El Salvador have links to gangs, according to government calculations, highlighting how deeply gangs have taken root in Salvadoran society and how broad their social impact is.

Since the start of the truce between El Salvador’s main street gangs last year, the Salvadoran Ministry of Security has been mapping gang membership across the country, reported La Prensa Grafica.

The census, which has so far covered 184 of El Salvador’s 262 municipalities, has registered 1,955 “cliques” — small local gang units — affiliated with six main gangs.

According to officials, each clique has a minimum of 15 people, meaning there are at least 29,325 gang members on the streets. Added to this are the 9,553 incarcerated gang members and gang members that have been deported.

To then calculate the number of people associated with gangs, analysts used a formula that incorporated gang members’ social circles and family to come up with a total of 470,264 people — representing 7.5 percent of El Salvador’s population.

The figures from the report represent a substantial increase on a 2008 study carried out by the Ministry of Security working with the World Bank, which recorded that in 2008 there were 12,500 gang members in the country, operating in 381 cliques affiliated with four gangs.

Although the Ministry says the formula it used to calculate the number of gang associates was based on a study of gang structures, the calculations made are nonetheless somewhat arbitrary and the figures should be approached with caution.

However, the study undoubtedly helps highlight the scale and reach of gang culture in El Salvador, and how gang members inevitably retain close personal ties to the communities where they live and operate.

In the urban areas where gangs are active, there is a 34 percent poverty rate, according to a 2011 study, and many of the people in these communities may also rely on the illegal income from gang associates for financial support, highlighting another major difficulty related to uprooting gang culture.

Most disturbing though is the dramatic increase in the number of gang members.

If the municipalities that have yet to be included are factored in, then this means not only does approximately one in ten Salvadorans already have some connection or vested interest in the gangs, it also means this is rising year on year.