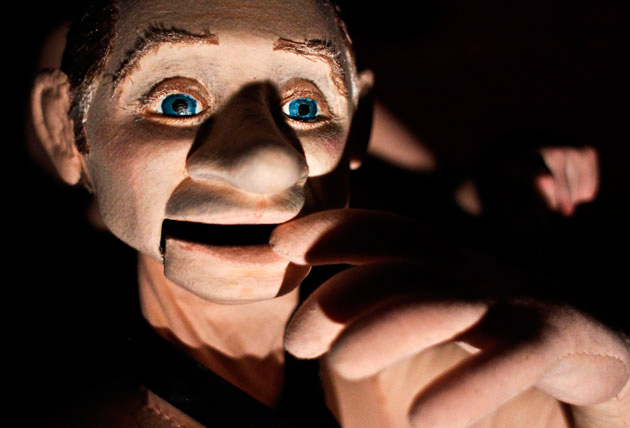 LatinaLista — There’s not much to smile about these days for the people of Venezuela but one show in town is putting smiles on faces of all ages. It’s the seventh annual Festival Internacional de Teatro Muñecos (International Theater Puppet Festival or FITEM).

Caracas, the capital of Venezuela, is hosting the annual festival which runs from July 16-21. It’s attracted 35 national theater companies from throughout Venezuela and six international companies coming from such countries as Argentina, Cuba and France. FITEM puppeteers are staging shows in Caracas’ theater circuit which includes seven principal theaters, among other staging venues, around the city.

Though puppets are automatically associated with children, the FITEM festival also stages mature-themed productions for adults at night.

The festival showcases a range of different puppets.

Venezuela’s National Theater Company director, Alfredo Caldera, remarked that this year’s festival represents the largest variety of puppets “from those who work with rod and sock puppets to those who use marionettes.”

The festival’s finale, not coincidentally, takes place on Venezuela’s National Children’s Day, July 21. Officials with the festival shared that the day will be celebrated with non-stop puppet productions staged from 10 a.m until 4 p.m. by all 41 festival puppet companies.

Caracas, International Theater Puppet Festival, marionettes, theater puppets
Previous Post Video: Writing historical debut novel not enough for Latina writer; she had to compose a 'book score' too
Next PostGuest Voz: It is time for the EPA to step up protection of farmworkers

Video: Writing historical debut novel not enough for Latina writer; she had to compose a 'book score' too
Comment
Guest Voz: It is time for the EPA to step up protection of farmworkers