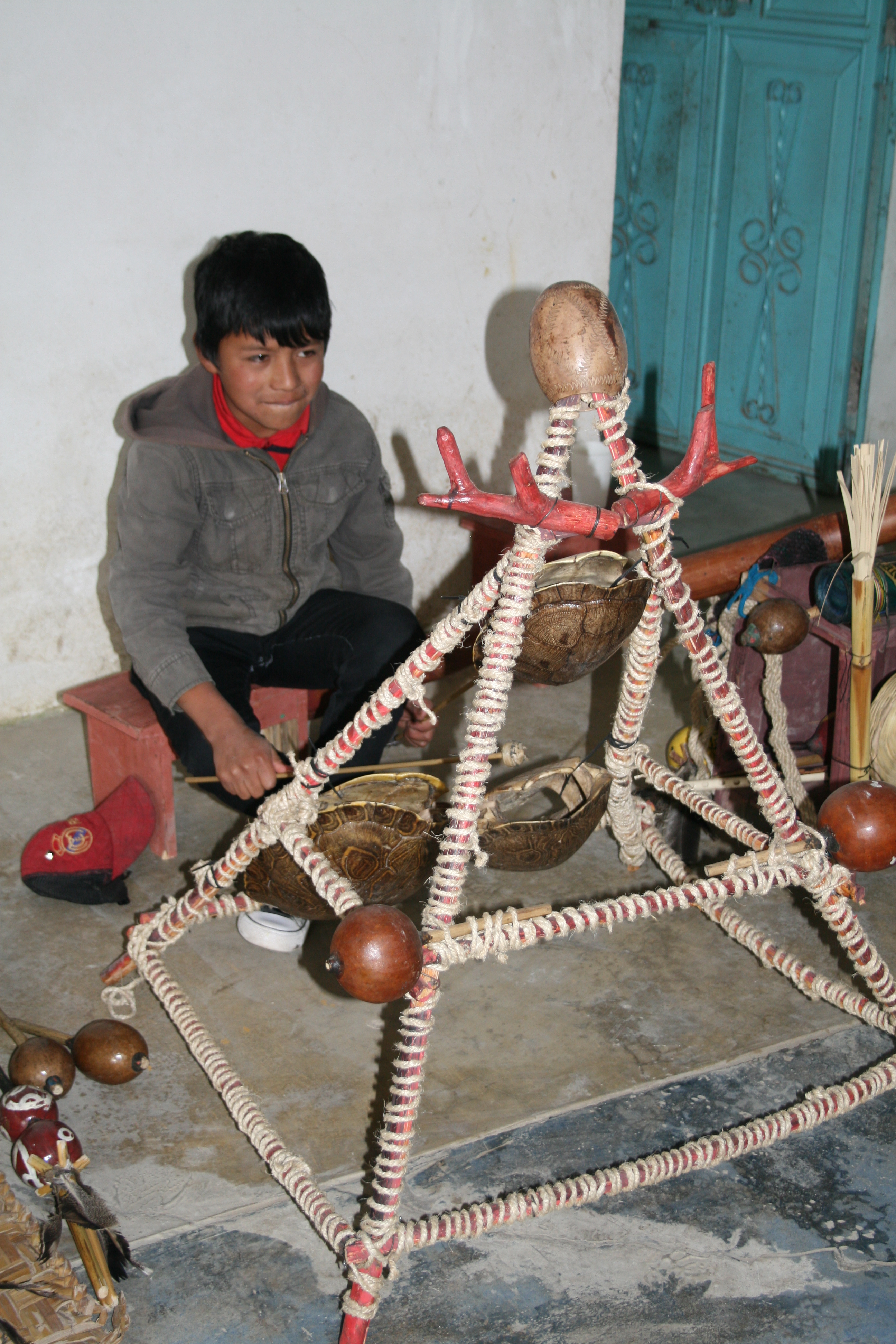 GUATEMALA — Juan Jose Ortiz may not look like a drummer, but for the past year the young Guatemalan has played the tortoise shells in a Mayan cultural group in the small indigenous municipality of Santa Catarina Ixtahuacán. It’s almost an hour’s drive off the main road, along a beaten path that snakes around the mountain and seems to lead to nowhere. The isolation is such that you wonder how Juan’s ancestors ever stumbled across this remote area.

Around 40 percent of Guatemala’s population is indigenous and many of them live in equally desolate places high up in the mountains, cut off from the rest of society. Many Mayans feel exploited that the government uses their image on an international level to attract tourism, but neglects their culture on a domestic one.

In 2012, a local NGO called Vivamos Mejor decided to form a youth group in this remote area, dedicated to preserving Mayan traditions, music and dance.

“In these communities there aren’t many possibilities for young people to organize themselves so these types of projects are necessary to encourage participation,” says Baltasar Salquin, Program Facilitator at Vivamos Mejor. “We’ve heard people expressing their thanks because it’s a group that is encouraging youth participation and it’s awakening their mentality to take part in youth movements, as no other organization promotes them.”

Twice a week the group of nine youths, aged from 10 to 30, gets together to practice songs, dances and learn about the ways of their ancestors. Using traditional instruments such as conches for trumpets or Juan Jose’s turtle shells for drums, they perfect their melodies and rehearse dances and acts for upcoming presentations.

Thirteen-year-old Juan Jose had never been in a band before, but says that he loves playing in the group and learning about traditional Mayan legends and stories.

“One of the stories is The Kot,” says Juan Jose. “It’s a bird with two heads.”

Through Vivamos Mejor, the group has put on five performances for different communities in the surrounding area and has recently started giving independent performances for other municipalities and tourists who have heard about their cultural act.

“We have learned that we have very important things that we can give – not only to the community, but to the world. A lot of people from Germany, England, and others have come. For us it is very important that, although a lot of things have happened to Mayan culture, we are able to maintain it and show it to the world,” says Gabriel Ortiz Tzep, a member of the group.

Both educational opportunities and employment opportunities are scarce in Santa Catarina Ixtahuacán. Poverty is widespread and has prompted many people to emigrate to other places in search of work, causing the community to fracture and the indigenous culture to become diluted.

“It’s very important to rescue it and have experiences of the culture. […] Our grandparents that are still alive have a lot to teach us, but if we don’t take advantage of our elderly we won’t be able to communicate with our past. It is very important,” says Gabriel.

The small group has showcased its cultural act in both Q’uiche’, the local language, and also in Spanish for around a thousand people over the past two years. They say that the audiences leave their shows feeling more aware of the importance of the Mayan culture and the need to involve young people in their communities.

“I think with these shows we started an awakening in the young people that will motivate them to start taking part. With the shows they do, they involve the whole population. With the message they transmit, I think they benefit all of us […] because with that message they can change our mentality and make us get involved in the decision-making process,” says Baltasar.

In the future the group hopes to give more performances and increase in number so that more young people can learn about the importance of their heritage.

Vivamos Mejor is funded by the international NGO ActionAid. “We believe that the first step our society should take is the empowerment of women and youth. More than improving their living conditions, these projects motivate them to know, demand and fight for their rights,” says ActionAid’s Guatemala Country Director, Laura Hurtado.