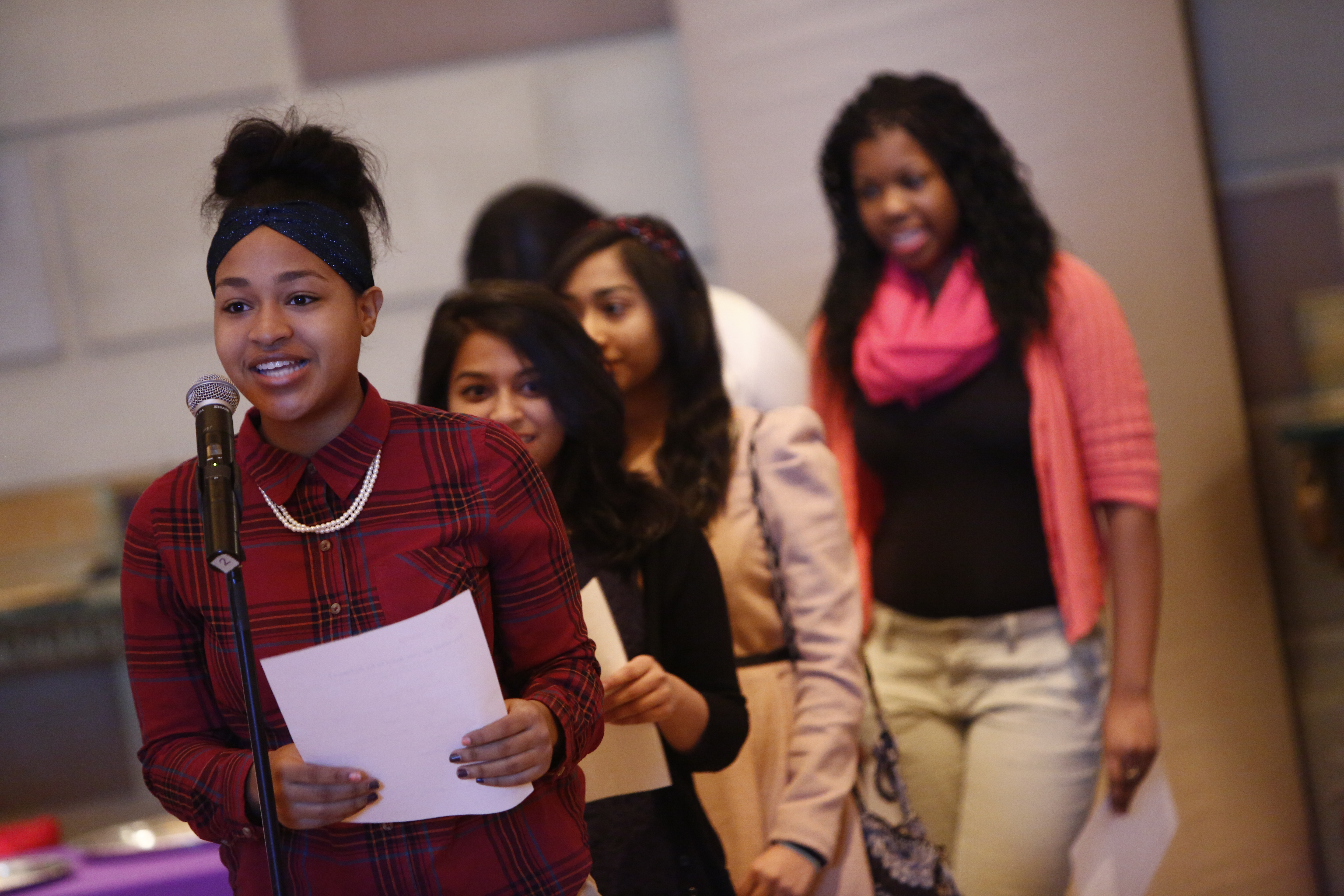 LatinaLista — March, otherwise known as Women’s History Month, is celebrated by remembering how far women have come and where we’ve arrived today. Yet, not enough attention is paid to where we hope our daughters will be tomorrow.

For many who are evaluating the job prospects of the future, job stability — which some argue is the new American Dream — lies in the fields of science, technology, engineering and math or STEM careers. Unfortunately, they are all fields where women and people of color are dismally underrepresented.

In 2011, 7.2 million STEM workers in the labor force accounted for 6 percent of the total workforce.

Two studies by the U.S. Census Bureau discovered that women’s employment in STEM jobs has decreased as a result of their declining share in computer occupations. In 2011, women held just 27 percent of STEM jobs, after reaching a high of 34 percent in 1990…

Moreover, the research shows that in addition to women, blacks and Hispanics are underrepresented in STEM jobs. In 2011, 6 percent of STEM workers were black, up only 4 percentage points over the last 40 years. Hispanics showed similar slow growth, increasing their share of STEM jobs from 2 to 7 percent since 1970.

Over the last few years, there’s been a concerted national effort to promote STEM careers to school-age girls. From non-profit organizations and colleges to the White House, the message that studying science, math, engineering and tech is cool is being sent loud and clear.

Yet, there’s an additional message that Ruth Pacheco, a spokeswoman for DeVry University, thinks is equally important for young girls to understand: STEM careers cannot only change their lives but change their lineage.

Pacheco knows firsthand how a college degree in computer science can make a difference for a Latina.

“I seemed to have a natural fit with computers/technology as I was born with a natural curiosity of how things worked and I have always liked to fix or create things,” Pacheco said. “I had the benefit of working at a continuing education office at the state university as PCs started rolling out in the 80s, and as I was intrigued by the efficiencies that could be had with technology, I would take the manuals home at night.

“Eventually I was able to fix the computers and answer questions, and they no longer had to pay for a consultant (that they had hired to create and work on a database). The IT department actually hired me to work with them, because I was good at managing the PCs in the CE department. I had great mentors in the field who recommended that I switch to Management Information Systems as a field instead of communications. I am so happy I made the switch!”

Today, Pacheco is an enthusiastic supporter of getting more girls and people of color into STEM fields and sees her employer’s annual March initiatve, National HerWorld® Month, as a vital stepping stone in getting girls aware of their potential to one day work in STEM fields.

Launched in 2010 as a university-wide initiative, HerWorld organizers work with schools across the nation in those cities, where there is a DeVry University, to identify high school girls intrigued by technology. The initiative encompasses workshops, confidence-building activities and notable community women in STEM who share their experiences and backgrounds with the girls — in the hope that the girls will believe they can do it too.

Pacheco, along with her fellow STEM advocates, knows it’s an uphill battle to keep girls’ interests in pursuing STEM careers.

“As girls progress through school, they don’t like math because they feel they won’t be as popular if they do well,” Pacheco shared.

Yet, Pacheco sees a host of opportunities in the future to not only get more girls to consider STEM but create a future workforce that is more gender-balanced. It’s something that she already sees with DeVry’s enrollment.

As most STEM advocates, Pacheco feels that if girls could see the true benefits of working in a STEM field it would be a no-brainer.

“STEM careers offer the opportunity of immersing yourself into a field that touches every aspect of human life and one that allows you to use your skillset and knowledge in any area that is close to your heart,” Pacheco said. “Another advantage is that they prepare you for new and exciting opportunities that have not yet emerged.”

engineering, girls, math, science, technology
Previous Post Viernes Video: Diego Luna explains why it was important for him to make the film "Cesar Chavez"
Next PostReviving Mayan culture through youth music and dance

Viernes Video: Diego Luna explains why it was important for him to make the film "Cesar Chavez"
Comment
Reviving Mayan culture through youth music and dance