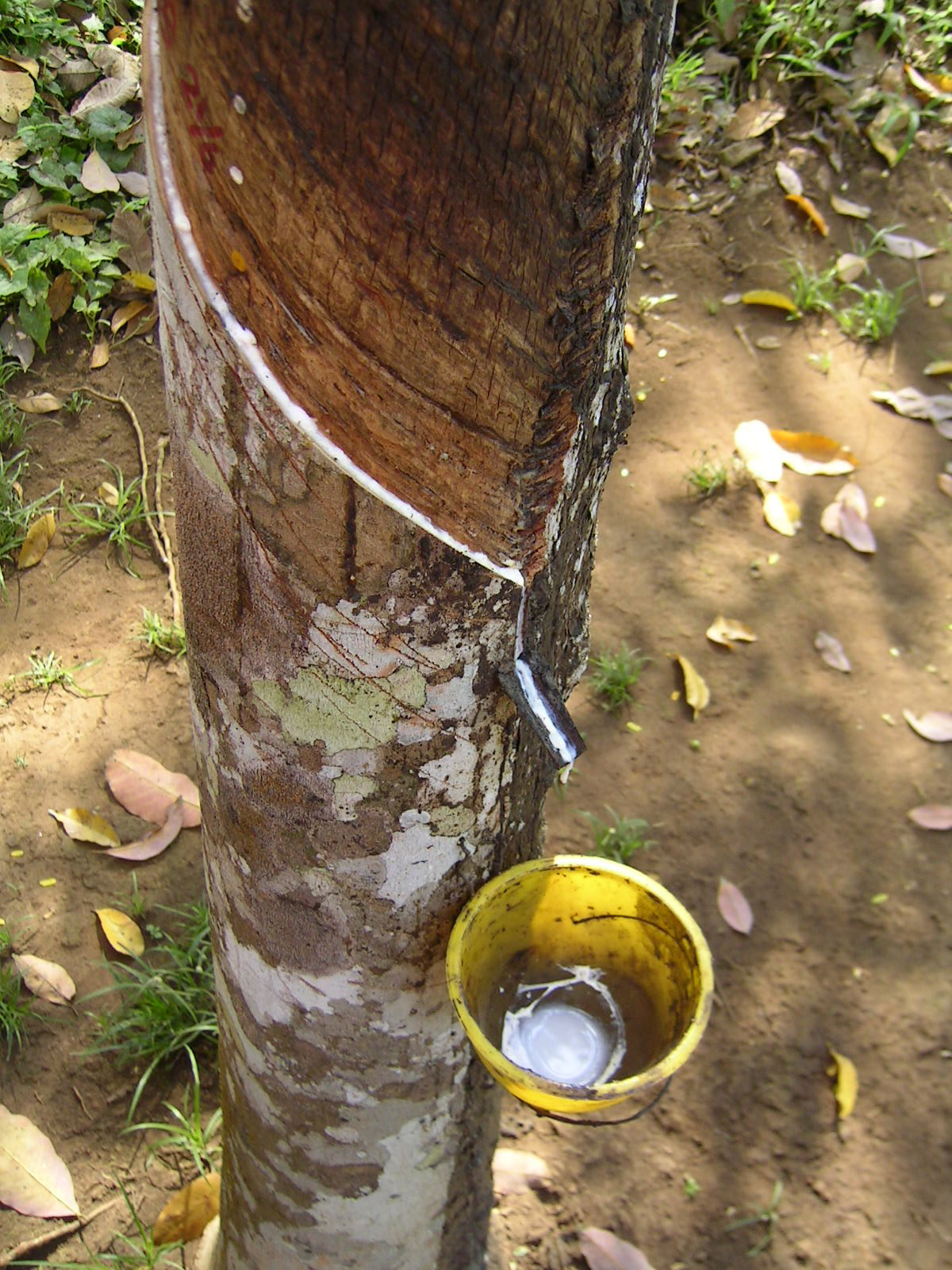 Translated and adapted by Rachel Chase
Peru This Week

An unexpected discovery is helping some rural families to drop coca and start cultivating valuable rubber.

In 1915, the Peruvian Amazon no longer smelled of burnt wood, resin, and acid: the rubber boom had died down.

It had also stopped smelling of barbarity. 40,000 indigenous people died of typhus, malaria, and starvation, because of the forced labor and the poor sanitation conditions that they were exposed to by businessmen who came to the jungle to become rubber kings.

During the rest of the century, the shiringa tree was thought to have disappeared, after being indiscriminately harvested by those who thought it was an infinite resource. “No one imagined that in 100 years, that there would be a 250-hectare reserve,” says Tomas Fasabia, a former coca grower and current businessman.

Tomas was part of a group of campesinos who, in early 2014, traveled to the jungle mountains that cast shade on the district of Chazuta, which is located about an hour from Tarapoto.

“At first we thought that they were just small remnants of what was being exploited in the last century, but then we realized as we walked, that it was an extraordinary hidden treasure,” he said. A week after the excursion, their hopes were confirmed: 2,500 adult shiringa trees ready for latex extraction, just waiting to be harvested.

But in Chazuta, no one was thinking about bringing rubber fever back to life, and much less spark an economic boom, which was accompanied in the last century by social and environmental disaster. On fact, Tomas and his companions were the first to point out that the trees were located in the buffer zone of the Cordillera Escalera conservation area, and that steps would have to be taken to protect the zone.

It was the moment to take the first steps: “Our idea was to use the traditional methods, like our ancestors used to extract rubber. Recuperating this technique after so much time was the challenge,” said Julio Saurin Apagueño, an experienced farmer.

The first product made [from the rubber] was a waterproof poncho of the highest quality. Later, they made backpacks and other kinds of bags, then soles for shoes. The results were surprising. “The rubber has all the qualities needed for exportation. Now there’s a project to make everything from condoms to shoes to umbrellas, which lots of tropical countries need,” said Elvis Vidaurre, engineer and advisor at the Central Huallaga and Bajo Mayo Project, which is part of the regional government of San Martin.

Just two months after the shiringa trees were discovered, the regional government had already provided infrastructure and specialists to help the new rubber cultivators in order to ensure a future for the business.

“Here, many families have been surrounded by terrorism and narcotrafficking. The only livelihood they had for years was selling coca leaves, but that business exposed them to constant danger. This is their opportunity,” explained Vidaurre.

Now, rubber has helped 80 families in Chazuta to walk away from the illegal production of coca and into the business of selling rubber to factories in Lima and San Martin.

The best news arrived in June, when the new rubber cultivators began to work on their own shirring plantations, which, in a year, will allow them to stop depending on the 250 original hectares they discovered.