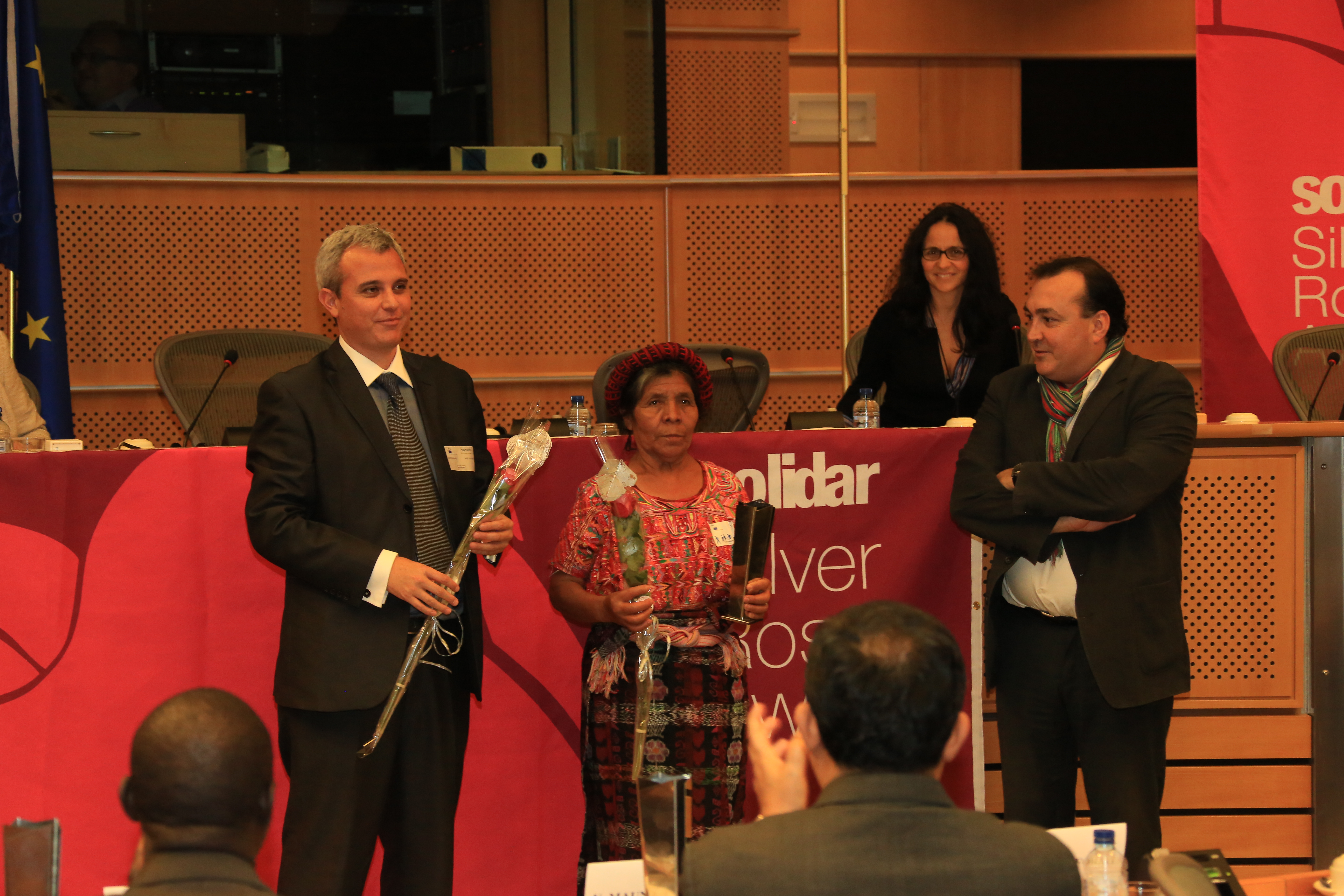 “I will fight for human rights until the day I die,” said Ixil community member, Juana Sánchez Toma, to a crowd of more than 250 people at the European Parliament last week. The indigenous Guatemalan traveled to Brussels to accept the Silver Rose award on behalf of her pueblo for their contribution to social justice.

Like many women in her community, Sánchez Toma was raped and tortured during Guatemala’s 36-year civil war, which began in 1960 and claimed the lives of around 200,000 people.

Represented by the Center for Human Rights Legal Action (CALDH), the Ixil people pressed charges against former general Efraín Ríos Montt earlier this year for atrocities committed during the war.

Ríos Montt became Guatemala’s head of state after a coup in 1982 and reigned during what prosecutors describe as the bloodiest period of the internal conflict. He was found guilty of genocide and crimes against humanity in May 2013 and sentenced to 80 years in prison. However, the verdict was annulled ten days later by Guatemala’s Constitutional Court.

“We hope the European Union will continue to support and accompany the struggle against impunity in our country; one that we consider a necessary step to achieve the peace our country has sought for so long,” said Juan Francisco Soto, CALDH director, during the event.

The Silver Rose is a key civil society event in the European Parliament that is organized by SOLIDAR, a European network of 60 NGOs from 27 countries.

“We awarded the Ixil people a SOLIDAR Silver Rose Award for their continuous struggle for human rights and social justice, and their unremitting pursuit for the truth to come out regarding the atrocities committed against them during the civil war. We echo their demands for the European Union to continue its support and accompany the struggle against impunity in Guatemala,” said Conny Reuter, SOLIDAR secretary general.

The Silver Rose was first awarded in 2000 to recognize individuals and organizations that have contributed to advancing democracy and social justice throughout the world.

The day after receiving the award, Sánchez Toma travelled to Paris as part of a European tour to highlight her community’s struggle for justice.