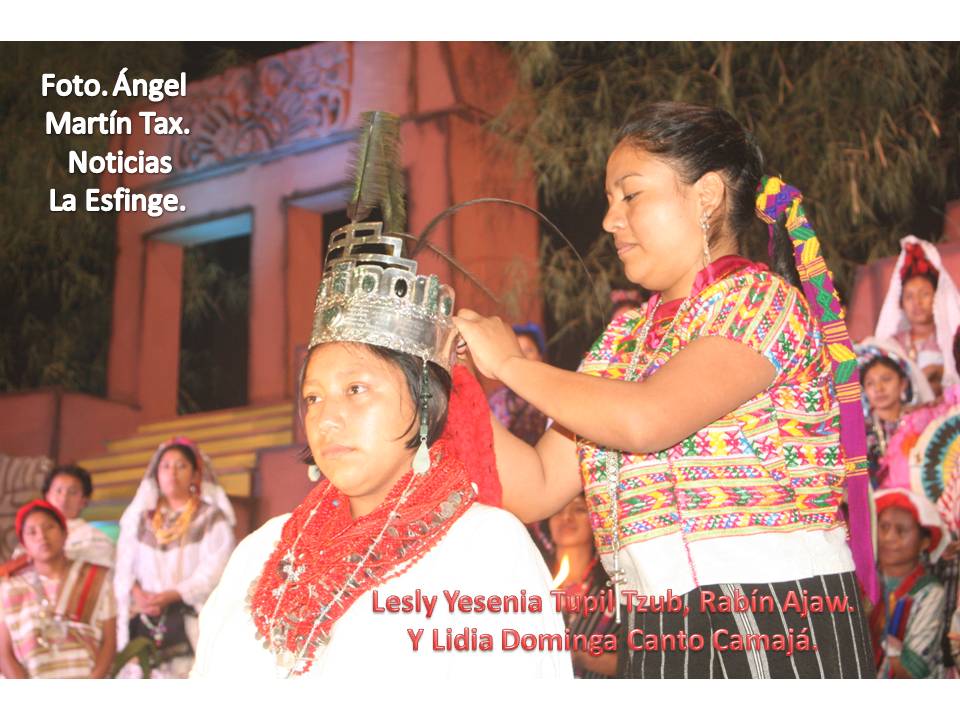 If you thought beauty pageants were about tiaras, tantrums and two-pieces, think again. For the past 45 years, indigenous women have been gathering in the mountainous town of Coban, Eastern Guatemala, to participate in a Mayan pageant entitled ‘Encuentro Intercultural Folklórico Nacional’ in the hope of being crowned Rabin Ajaw (Daughter of the King).

This weekend, nearly 100 indigenous women from all over the small Central American country descended upon the town, 220 kilometres from the capital, and assembled in a large sports center to compete for the coveted prize.

Each of the young participants, who had previously been selected as local princesses by their communities, was required to carry out prayers, parades and traditional dances in front of the public that was made up of dignitaries, guests and local residents.

Judges awarded points for rhythm, elegance, grace and charm before testing the women on their cultural and historical knowledge – giving additional marks for intelligence, sincerity and spiritual beauty.

In the early hours of Sunday (28 July) morning, after various rounds of competition, Leslie Tupil was named the winner and awarded the White Orchid Sceptre and the Sacred Silver Crown, adorned with jade and quetzal feathers.

“I urge that we all support and strengthen the winner so that she can flourish in this role. This is not a beauty contest, it’s about leadership,” said Gloria Esperanza Lainez, defender of Indigenous Women.

Encuentro Intercultural Folklórico Nacional is held in Coban, Alta Verapaz, each year during the end of July or beginning of August. Alongside the event, the town is taken over by rodeos, parades and expositions that celebrate Guatemala’s cultural heritage.

Since 2008, the Indigenous Development Fund, a government institute, has offered the winner of the cultural competition a job.