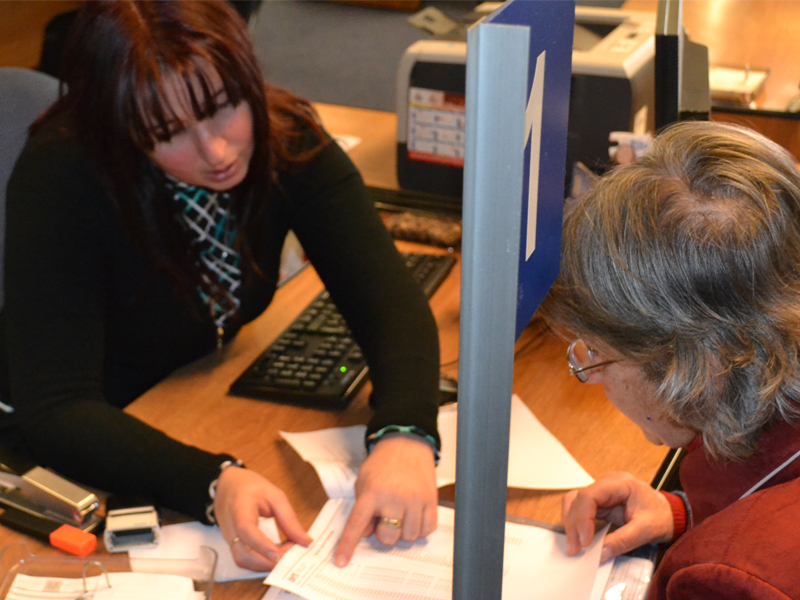 The Uruguayan government is offering $15,000 Uruguayan pesos (US$750) a month to the families of victims of violent crimes.

MONTEVIDEO, Uruguay – Victims of violent crimes and their relatives can apply to the government for a monthly stipend.

Law 19.039, which was passed on Jan. 7, provides a monthly pension of $15,000 Uruguayan pesos (US$750) for the widows or children of victims of violent crimes or victims who are no longer able to work.

A total of 198 cases have been filed since the law passed, including 56 that have led to pensions and 57 where the pension request was rejected.

The law applies only to crimes that occur to Uruguayans in Uruguay, as 90% of pensions are financed with government funds and 10% by prisoners’ salaries.

Since June 3, Mónica Haskowec, 35, has been receiving a pension from the Uruguayan Social Security Bank (BPS), a public institution that administers the benefits to victims. Her husband, Alejandro Novo, 30, was killed on Jan. 14, 2009 during a robbery.

“Though this won’t bring Alejandro back, it seems like a good and logical law,” Haskowec said. “Luckily, Melina isn’t lacking anything and I’m going to invest 100% of the pension in her so that she can do well in school.”

Though no suspect has been found guilty of Novo’s death, Haskowec’s request for a pension was approved because it was supported by evidence collected at the crime scene and was accompanied by a police report.

The beneficiaries of the new law are the families of those who have been killed in crimes including robberies, kidnappings and burglaries, while those who become disabled as the result of a crime are also eligible to receive a pension.

The law is one of the initiatives introduced in 2011 by the Association of Crime Victims and Relatives (ASFAVIDE), whose founders include Graciela Barrera, Novo’s mother.

“When the pension is granted, it’s because that child needs money to continue to grow, to be educated and to live the best possible life,” Barrera, 60, said. “It doesn’t bring the victim back, but it provides some help to move forward.”

The pension’s duration depends on the age of the beneficiary, following the same rules for widows’ pensions paid by the government, according to BPS President Ernesto Murro.

Murro said the pensions already being paid are being done so on a provisional basis because 90% of the cases haven’t received a court ruling.

As a result, BPS’ directors created an advisory committee made up of professionals from the Ministry of the Interior and the Judiciary who, in cases involving murder, analyze pending cases, provided the requests include a death certificate and a police report.

The victims who have been left disabled must present medical documentation and undergo any medical tests required by the BPS.

“Most of the cases that have been presented involve the relatives of victims who were killed during robberies,” Murro said.

In 2012, a total of 15,414 robberies were reported in Uruguay, according to the Ministry of the Interior’s National Observatory on Violence and Crime.

The victims of crimes covered by this law have until July 16 to present cases that are up to 10 years old.

“This was done because it marked the beginning [following the major economic crisis that struck Argentina and affected the region in 2002] of an upward spiral in violence,” Murro said. “The next thing to do is provide assistance to those who have been affected by a violent crime but are not covered by this law. For example, we could provide work to those who, even though they are not disabled, have had a hard time finding a job. We’re looking for partnerships with the public and private sector.”

(Featured Photo: The Social Security Bank (BPS) of Uruguay pays $15,000 Uruguayan pesos (US$750) a month to the families of victims of violent crimes. A committee analyzes the requests for pensions in cases involving murders that haven’t gone to trial, as long as the request includes a death certificate and a police report. Photo: Antonio Larronda for Infosurhoy.com)

Her will to win undefeated, Amanda Ramirez keeps on punching
1 Comment
Video: Former foster child fosters empathy with interactive story about children who 'age out' of foster care